Message to the Knights of Columbus

Man up or fold up!

When I think of the crusader knights who won the Holy Land back from the Turks and defeated the Ottoman Empire at the Battle of Lepanto, I'm embarrassed to think of the wimps of the Knights of Columbus who dare to call themselves by the same name. My husband is a knight, a past Grand Knight, in fact. He stays in the group to fight for its renewal. Last year our little council introduced a resolution asking National to act on their own procedures which require members to be "practical (i.e. practicing) Catholics." It was voted down at the state level. So is it any big surprise that the Virginia State Council won't do a thing about Norfolk Council 3548 honoring Terry McAuliffe as Grand Marshall of their St. Patrick's Day Parade? Yup, Terry McAuliffe, a man who favors cutting little babies to pieces and opposes even minimal standards for abortion butcher shops that kill and maim women.

Whatever happened to men defending the weak?  There don't seem to be very many in the Virginia K of C.

Maybe it's time not just to vote on resolutions, but for entire councils to withdraw and begin new men's groups in parishes that are truly Catholic, Knights of the Immaculata would be a good name, don't you think? The Knights do good work, but that work enables the evil that they also do. How much evil can one mix with good before it poisons everything?

So go on, all you Knights who justify honoring pro-abortion politicians....play dress up in your plumed hats, tuxedos, and swords. (Don't cut yourselves!) Hobnob with the rich and powerful. But remember, there's an accounting....It's called Judgment Day. And the judge will be saying, "Whatever you did to the least of my little ones, you did to me."

Take a good look at this picture of an aborted baby. Looks like the little one was crucified doesn't it? And Council 3548, you help enable the murder by honoring the state murderer in chief. Under law, it isn't just the killer who's guilty of the murder, but those who participate and assist. Terry McAuliffe is as guilty of the killing as if he wielded the curette himself. And when you honor him, you honor every butcher in history.

Have fun at your Emerald Ball dancing the Irish jig and drinking green beer. Wouldn't St. Patrick be proud? 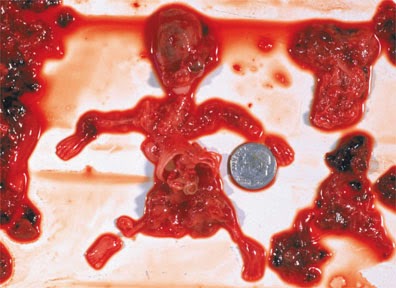 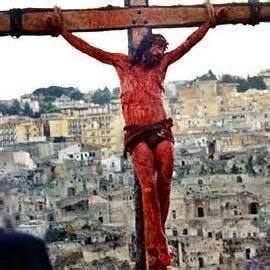 Gay Caswell reports her daughter, Sister Mary Judith, has been reprimanded for helping supervise the prolife March in Chicago, and because of this, the two sisters of Mary mother of the Eucharist were removed from teaching at their slum school which is run by (who else) the Sinsinawa Dominicans. Can someone check this out? I am in the Philippines so can't do much about this rumor. Could you check it out and publicize it if true?
http://mrsgaycaswellsays.blogspot.com/2015/03/catholic-schools-cannot-be-catholic.html

I am Fourth Degree K of C... Have stopped being active due to many men who are in my council that sound more protestant than protestants... There have even been active Freemason who have joined...

So sad, Anonymous. Shall we offer our rosary today for the Knights. The devil loves to infiltrate and destroy the works of the Lord. The Knights started out so well. They need reformers to bring them back to their first love -- our Lord and his Blessed Mother. Venerable Fr. Michael, please pray for your spiritual sons.

Several years ago I literally begged our local Council to protest to our Pastor( who was also our Chaplain) that he should re-instate the reciting of the Creed at weekend Masses which he habitually omitted. Their response was tepid & I could not get their support. Thereafter, when the same Chaplain stated in an offensive ad-hominem attack on me in the local Diocesan paper regarding my letter to the editor supporting the over 150 Bishops' opposition to the ACA mandate I received support from only one Brother Knight. Where then is Chivalry ?? Can one be part of an organization where one does not get moral support in serious Church related activities? See you latter alligator!!

So much for "fraternity" eh? I know other knights who have been deep-sixed for rocking the boat.

Men have been feminized to the point where they have lost their masculinity. The PC crowed has had an effect on our behavior. The way you take over a country is you weaken the men.

And destroy the dignity of the women...oh and attack the weakest members of the family. Satan's doing a pretty good job on all fronts I'd say. Too bad for him that he can't win. I'm going to pray the rosary. The Blessed Mother is our twelve star general as Fr. Baby Doe (Fr. Weslyn) used to say. RIP, dear Father.

I would like to know more about the resolution attempted by your husband's council. What the circumstances were that motivated them to act, etc.

I am just reading this thread.

Dr. Corrozza's experience of slander for asking his pastor/priest/knighted Chaplain to please say the Creed in Mass is outlandish.

We have had trouble with the Knights here in MA for about 20 years.

I would be most interested to know what steps were taken to contact National and what they did about it.

Specifically, I would like to know if anyone reached out to Carl Anderson or Bishop Lori who is responsible for the spiritual welfare of the Knights - and what happened when you did so.

I couldn't agree more with this article!

I'm a KofC member (please don't tell anyone) but haven't been in a long time as we are mostly "cooks of the kitchen" even when I joined in another council it was flipping pancakes and little catholic influence in it. It definitely needs a fixing. I saw a great promo & went "who are these guys & where do I sign up?" but those KofC in the promo was past KofC. Today's KofC is pancake flipping & selling insurance (oh & I'm a former Field Agent & had 2 Past GK's apologize to me for even putting that idea in my mind & those meetings are anything BUT Catholic. Pride, vanity, greed, the meetings were nothing but money money money & remember that the KofC was established to help widows & orphans? Well I know if you are a catholic widow but your husband wasn't a Knight & he dies you get no help & you will life it. Was told to "give her a hug". What would Fr McGivney do for real?

Yes, the Knights used to be a great organization. As they've become more and more money and power focused, they've become less and less God focused. You can't serve both God and Mammon, but they sure try hard at the national level to do both. they could be doing so much good for the Church. Instead some of their state councils (Massachusetts and New York) have been enabling the worst immorality.

Is it possible to get the contact info of the leaders so we can apply some well needed fraternal correction?

To contact the Virginia state officers about this scandalous situation go to:

There are some Knights of Columbus who are defending and promoting the Traditional Catholic Faith.

Thank you for the link. There are many councils that are filled with real men. Our little council in Woodstock, VA is certainly one of them. The problem is that the bureaucracy of the Knights is filled with those who are perfectly willing to accommodate evil in order to keep their seats at the tables of the rich and powerful. They undermine the order by choosing the world over the cross.

None of this is surprising. It seems part and parcel with the confused notion of what exactly is Catholic today. I stopped going to council meetings and Masses since I now only attend the traditional Roman Latin Mass and use traditional teachings as my guide. I'm sure the Knights of Columbus started out with well and good intentions of Our Lord but since the Council of the 60s, the sense of what is Catholic has become fuzzy and confused when compared to the unchanging universal and ordinary magisterium of the past. I'll play it safe and follow the tradition of the past versus the new ideas. I'm sure there may be some Knights councils who follow tradition and only allow the Latin Mass to be said for their members. Unfortunately, I don't live near such a council.

I Do not agree with Knights of Columbus Supremacy and wealth selling insurance.
Because one should not push one's religions on to others. The free masons are part of most associations rituals masonic degrees, oaths they are similar to the sectarian Orange Order mainly free masons and hypocritically defence of one religion when they are politically motivated and their rituals anti Christian