The Price of Betrayal: Ten Years after Terri Schiavo's Murder by Neglect We Remember.... 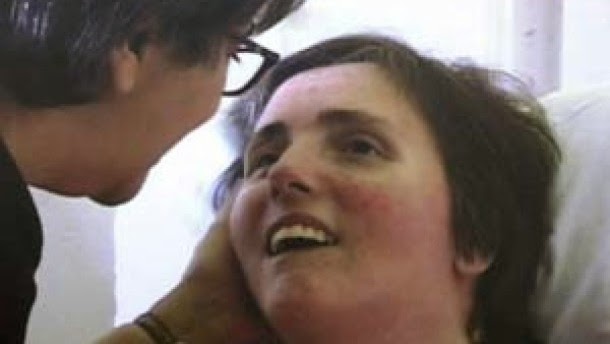 ....that her husband Michael Schiavo, like Judas, collected his thirty pieces of silver by murdering someone close to him. In this case his blood money was Terri's medical trust fund which was worth almost $800,000 when she died. The quicker he killed her after the settlement, the more he received for the betrayal. And he did immediately begin efforts to kill her as soon as the money was awarded. (Read the  history of the case here.)

Never forget Terri and the fight to protect the weak and vulnerable! Tomorrow is the 10th anniversary of Terri's death. Falling on Holy Thursday, the anniversary of Judas' betrayal the date is fitting. Pray for Michael who is spending the anniversary whining that Governor Jeb Bush, "Put Me Through Hell." The irony of the headline is that Jeb Bush can't send anyone to hell; But Michael's actions, for which he shows no regret or repentance at all, are, indeed, soul threatening. He would do well to reflect on hell and the mortally evil actions, like murder, that set one on the brink of the abyss! Those guilty of unrepented mortal sins will spend eternity in hell. Please pray for Michael Schiavo and all those complicit in Terri's murder that they will repent. And ask Terri and her deceased dad, Robert Schindler, to intercede for him as well. God does not desire the spiritual death of any of His children. Let us pray for all those who murder the innocent that they will repent and return to the Lord. Their number these days seems to be legion.

The Execution of Terri Schiavo

Bobby Schindler Remembers the Look of Horror on Terri's Face

Ten years ago, due to the deaths of Terri Schiavo and Pope JPII, I came back to the church after 22 years away. Raising 4 Catholic children now. A good that came from a terrible thing.

Thank you so much for sharing that. It is a good reminder that God brings good even out of evil. What an awesome God we serve and Terri and I'm confident that Terri and her dad are praising Him now in heaven. Help us, Lord, to continue to hope in this vale of tears.