This Catholic School Has More Smarts than Cardinal Dolan....

...not to mention more faith. 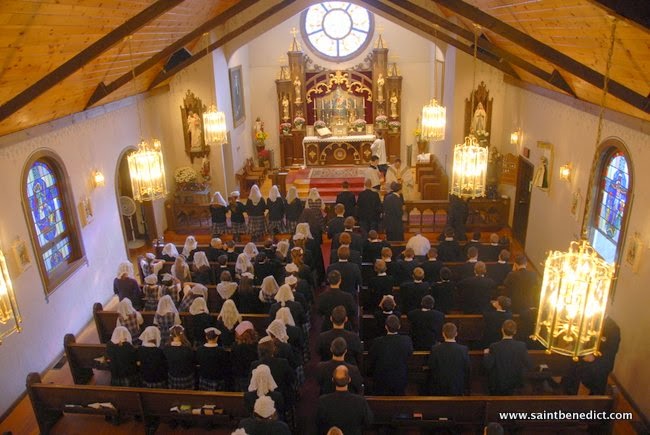 Immaculate Heart of Mary School in Still River, an apostolate of the St. Benedict Center, will not participate in Boston's St. Patrick's Day parade this year. Bystanders won't see their float or hear their marching band. But, hey, it's a small price to pay so that those who identify sodomy with marital relations can strut their stuff at an event honoring a Catholic saint. Thank God for principal Brother Thomas Dalton who said:


“Catholics are forbidden to sponsor or even participate in an event which openly promotes unnatural and immoral behavior. The Church will never accept nor condone same sex marriage and the homosexual life style....Saint Patrick stands with Saint Paul in condemning the sin of sodomy....The name of Saint Patrick should be dropped from the parade as he would have nothing to do with the likes of it today.”

LifeSiteNews reported on the school's decision saying that the parents are completely supportive. The band director Brother Peter Bracket said:


“All the Band members and their parents—although greatly disappointed in not being able to march—are fully supportive of the School’s decision. We have to remain loyal to Church teachings which states in the Catechism of the Catholic Church, promulgated by Saint John Paul II, that ‘homosexual acts are acts of grave depravity’ and ‘are intrinsically disordered…Under no circumstances can they be approved.’ "(#2357)

What a school! (Check out their web page.)  I wish my older children's Alexandria Catholic high schools had been as faithful. I wouldn't have had to spend so much time at the schools fighting with the principal and teachers and correcting errors being taught in the classroom to my children.

Posted by Mary Ann Kreitzer at 7:30 AM

Mary Ann, what a wonderful school! I wish we had more Catholic schools like this one--teaching the children to become Disciples of Christ and not just emphasizing on how great their technology is in their schools (“c”atholic schools). Many prayers for them for increased enrollment.

Sorry, Mary Ann, if my last post from California was somewhat repetitive since I had not opened the link to the school yet. The link does let everyone know that the St. Benedict Center at Still River is connected to the school.

Here is a link to the Mass schedule for the Benedictine Center. If I'm ever in Still River, this is where I'll be going to Mass!
https://www.saintbenedict.com/index.php/monastery/masstimes