Johnson's political ad implying that Goldwater would trigger nuclear war was a disgusting lie. Who got us into Vietnama and escalated the war? Democrats.

On the other hand, the artist's picture below is pretty accurate. What was Obama doing during the Benghazi attack? Sleeping in preparation for a Democratic fundraiser in Las Vegas.

He golfs while our brave soldiers are murdered barely taking time from the game to make banal comments. We have a clueless kindergartener in the White House. His administration betrays secrets at press conferences and exposes intelligence officials. He targets and murders American citizens with drones. No trial, no jury...execution by executive order.

We are surely living in tragic times when we have an electorate so ignorant and morally irresponsible that they would put this man in office twice. Pray for 2016. With Hillary Clinton the anticipated Democratic candidate and Jeb Bush the wealthy establishment choice of the moment, we are in serious trouble. Pray the rosary every day for world peace. 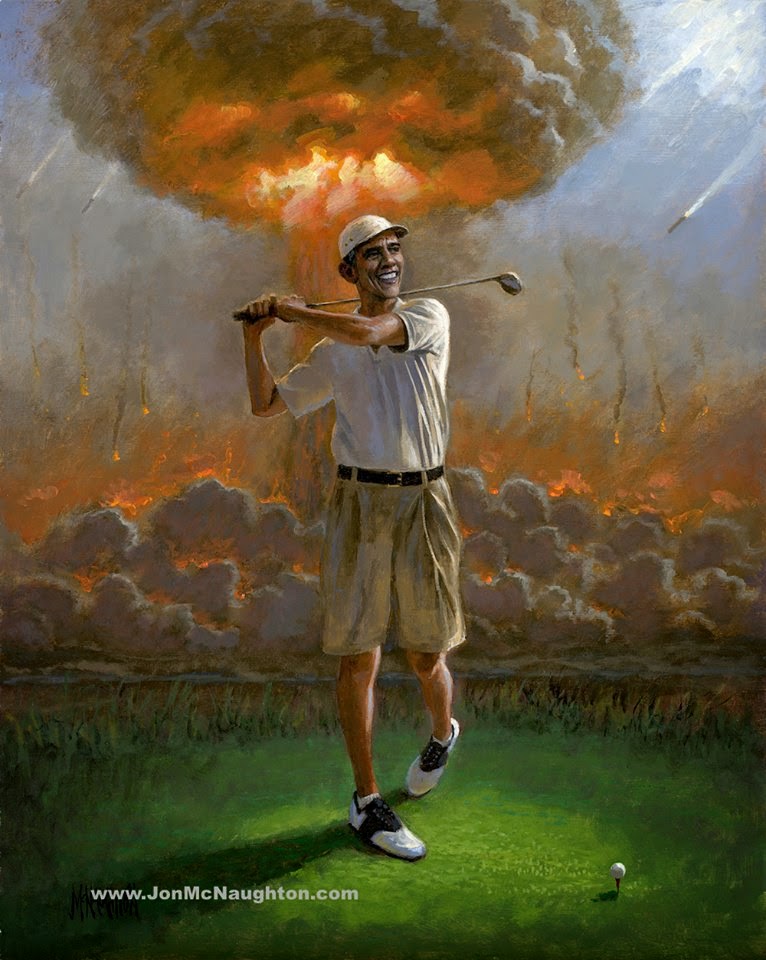 A form of Spiritual Detachment??

You got the word detachment right. He's detached from the real world. Maybe it is spiritual detachment in the sense of the dark spirits. He certainly seems to be on their side. Just look at his support for not only killing unborn babies, but neglecting babies born alive after abortion -- pretty demonic I'd say.