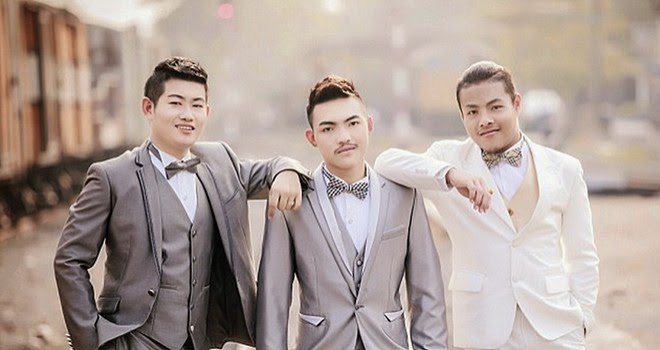 I remember back in the 1970s when the abortion crowd poo-pooed the idea that abortion could lead to euthanasia. Of course, they had to do that because if anyone could see the big picture and the devastation that would come, who would support it? Gradualism is the way to win approval for the most horrific evils. Just look at Holland where the elderly are afraid to check into the hospital for fear of being summarily euthanized.

And now it's happening with faux "marriage." And of course it's happening quickly. The first three-way marriage has occurred in Thailand. Read about it here. It's the same M.O. that characterized the abortion movement. Here's a bit from the article with my additions in red:

Those of us opposing [abortion] same-sex “marriage” for reasons like this were told by [abortion] gay-marriage advocates that we were nuts. Our claims that [allowing abortion] the redefining of marriage would lead to [infanticide, euthanasia] polygamous marriage and other [assaults on human life] arrangements were ridiculed. We were denounced as [anti-choice] homophobes and bigots who simply hate [women]. We were not just cold-hearted but hysterical. They shouted at us that they would never advocate [evils] arrangements like these. We were crazy to even suggest they would support anything but [a woman's right to choose] two gay people marrying one another.

Some things never change. Progressives want to be God (just like the first progressive, Lucifer). They will justify any moral evil that allows complete license to the individual -- unless, of course, the individual happens to uphold moral principles that threaten their right to engage in whatever evil they desire. Hence, the grandmother who won't provide flowers for the same-sex wedding must be destroyed. Ditto the young Canadian woman who goes into abortion mills to offer alternatives to the women there. No "freedom of choice" for them. The black boots of a tyrannical state must come down on them with as much force as possible.

Read the article and, as the author suggests, examine the comments. It shows how far our culture has sunk to see so many brainwashed individuals who have no problem with the arrangement and wish the happy couple...oops...threesome much happiness. This is what happens when the human mind and will are divorced from God. Pray for our poor world. These moral evils are the herald of World War III.
Posted by Mary Ann Kreitzer at 11:35 AM