Mother Nature is a Racist. If She Weren't, Snow Would be Black!

'Hate crime' against S.C. mayor turns out to be pollen

Really, some things are just too funny not to share.


As we all know, Democrats see racists everywhere. They come out from under every rock in the neighborhood (inspired by Trump no doubt) to attack and victimize. And that's what Democrat volunteer mayor of Lamar, South Carolina, Darnell McPherson, presumed in February when she found a yellow sticky substance on her and her husband's car.s She immediately released a statement associating the "hate crime" with cross burnings and lynching. Hey, never let a "crisis" go to waste, right?:


"The incident happened last night. [See incident report here.] Even though I drove my car today, I thought it was pollen. My husband and our neighbor noticed the cars looked like someone had spray painted on both our vehicles, which were parked in our front yard.

"As an aside, during the 70s, crosses were burned in the yard of our home when my Mother was involved with the civil rights movement. On this very same corner in this very same front yard!

"Again, we are grateful the person or persons did not try to take our lives but the culprits will be identified and prosecuted.

"Love conquers hate and my husband and I refuse to be intimidated by those who perpetrated this act of vandalism which I classify as an act of hatred. "

Turns out Darnell's first presumption was correct. It was, in fact, pollen which can be a sticky mess when it mixes with dew or a light rain. The Washington Times covered the incident and the comments following the article are hilarious. Here's a sample:

Something that’s sticky that’s stuck to my car and took two different solutions to get it off.”

Soap and water? Meanwhile, the Southern Poverty Law Center has placed Mother Nature on its terrorist watch list describing her as a dangerous white nationalist. 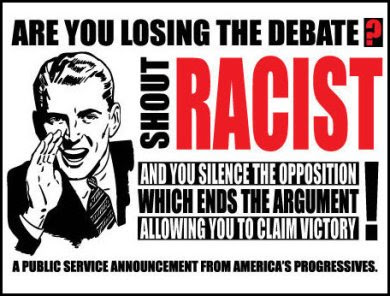 We can laugh, but sadly this is where we are today. Screaming "racist" is getting to be the norm no matter how ludicrous the accusation. When you live with a victim mentality, you are vigilant to find offense in the most innocent remarks or actions.  I looked up McPherson's Facebook page. She seems like a cheerful, friendly person. There were plenty of comments about this incident, but I was sorry to see some really nasty posts. Yes, her reaction was silly and even slanderous against the people of Lamar, but that doesn't justify rude, name-calling responses.  One by a black woman, Shelley Smith, however left a particularly interesting and insightful comment:


Shelley Smith pollen. I asked my black brother in law, black niece and black nephew if they've encountered racism. They said, yeah. I asked, when? How? They thought about it...came up with minor things (store owner watched him close while he was in the store.Upon further questioning, it seems a group of kids around 12 years old waiting for the bus went in the store, a small corner mom-and-pop place; only one bought something. I said, ok, did any of you shoplift candy or something? He looked down and said, yeah. i said, so, was the shopkeeper racist, or experienced? End result, the overall answer was no, none of them had actually experienced racism in this central Florida town.

Racism against blacks I believe is diminishing. If we were such an ugly, racist nation Obama could never have won the presidency. But there is a very real and growing racism. Black against white, especially against "privileged white males." Our white sons and grandsons are being targeted for vitriol and hate. We saw it against Nick Sandmann and the Covington boys bigtime. We see white commentators and celebrities joining the rock throwing. I find it scary and sad. And the bishops' recent document on racism just threw fuel on the fire. Not one word about the growing problem of reverse racism. Their document seems to buy into the idea that only
Posted by Mary Ann Kreitzer at 5:14 PM