Nevermind How You Feel, Tell Me What You Think!


I listened to Rush Limbaugh on the radio one day last week.  A caller said he noticed most people today will rarely reply to a question by saying, “I think….”  They generally, he said, reply, “I feel…”  The two continued to discuss the difference.  Rush said it is easy to feel anything, but to THINK requires effort, conviction, rational thought and a rejection of the alternatives to the answer given.  How anyone feels can’t be argued with especially when what they say is couched in such a way as to not offend someone else or prevent them from not liking you.


An example would be if you were asked about your stance on gay marriage, and you said the following:

Otherwise, the answer using “I think” would need to go something like this:

The reason one would THINK that is because it is true.  It is based on Holy Scripture.  It is how the world has viewed marriage historically since time began and no amount of pretending can make it anything but the most healthy and reasonable way to live and create families.  It is a proven fact that children need both a mother and a father. And it is a fact that a chaste marriage between one man and one woman is both healthy for the individuals involved and the most beneficial relationship between two people for society as a whole.

No one can argue with the fact the first answer will not cause you to lose friends, whereas, the second one just might. 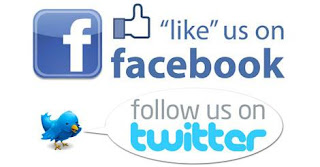 Today people worry very much how people “feel” about them and they are concerned they may be rejected and lose Facebook followers or Twitter followers or not get as many Christmas cards next December, or invites to parties, or nominations for offices in the clubs they belong to.  Being popular is far more important to many than simply being correct for the right reasons.

All but a small percentage of the people I know would prefer to not discuss politics or religion.  This goes not only for my friends and my associates but for my extended family as well.  They “feel” we would just have a better chance of “getting along” and not upsetting each other that way.   I refuse to be silenced by their feelings.

A long time friend, whom I love, told me not long ago that he has lots of friends who are liberal and he just knows not to start a conversation about certain things or engage in a rebuttal when the topic of politics comes up and that way they never argue about anything.  He said you have to know who you are dealing with and go from there.  I said that was not OK with me because I wasn’t going to listen to things I disagreed with and not respond.  His comment was, “You know, you’re going to lose a lot of friends that way.”  My reply was, “Yes.  You will.”  The truth is, John the Baptist lost his head that way, but it didn’t stop him from speaking the truth.  Neither will I.

Still, it is important to keep something else in mind.  We are instructed by St. Paul to stop arguing over stupid stuff and walk away from those who refuse to hear the truth.  In other words BE PREPARED to lose friends sometimes and understand that it is better to have fewer friends than to be popular only because you have not had the guts to defend the truth.

This advice must also be applied to relatives in sinful same sex relationships.  Relatives and long time friends who now express “gender confusion.”  People we’ve known for a long time who won’t condemn abortion or who think it’s now cool to say they don’t believe in God.  In the third chapter of the letter to Titus whose job it was to establish the church on the island of Crete, known to be a wild and crazy place loved by heretics and pagans of every sort, Paul says,


“I want you to insist on these points, that those who have believed in God be careful to devote themselves to good works; these are excellent and beneficial to others.  Avoid foolish arguments, genealogies, rivalries, and quarrels about the law, for they are useless and futile.  After a first and second warning, break off contact with a heretic, realizing that such a person is perverted and sinful and stands self-condemned.”

This advice is golden.  He is clear that the truth must be spoken, even repeated, but after that, it is better to walk away from them than to tolerate or accommodate their perversions, sins, and wrong opinions.

To do otherwise might cause you to pick up the odor of the people you associate with.  Sooner or later, if you refuse to defend the truth, or merely allow their difference of opinion to stand unchecked, you will have in fact gone along with it.
Let nothing come between you and God.  At the end of the day, who is better off?  The one with a million friends of every persuasion or the one who has carried his cross and remained faithful? Just remember, anyone who is not good for your soul is NOT your friend.
Posted by Chriss Rainey at 7:30 AM

Great post, Chriss. I agree. But you also need to pick your battles and not "cast your pearls before swine." I read somewhere once that the meaning of that passage comes from the fact that we are not called to continually share the gospel with those that scoff at it, abuse us and refuse to listen. (Basically, trample us and the truth with their cloven hooves. Does that make you think of images of Satan?)

Remember the scripture about shaking the dust off your feet. We can't really do that with family members. I think once we've made it clear to others where we stand, argument is sometimes pointless. We can say something like, "Well, you know we don't agree on (say abortion), I wouldn't want anyone to kill you and I don't think it's right to pick on the little guys." and leave it at that. Getting into an extended battle isn't always worth it.

I read this explanation and thought it was helpful:

"The command not to cast your pearls before swine does not mean we refrain from preaching the gospel. Jesus Himself ate with and taught sinners and tax collectors (Matthew 9:10). In essence, the instruction in Matthew 7:6 is the same that Jesus gave to His apostles when He said, “If anyone will not welcome you or listen to your words, shake the dust off your feet when you leave that home or town” (Matthew 10:14). We are to share the gospel, but, when it becomes apparent that the gospel is not welcome, we are to move on. We are responsible to share the good news; we are not responsible for people’s response to the good news. Pigs don’t appreciate pearls, and some people don’t appreciate what Christ has done for them. Our job is not to force conversions or cram the gospel down people’s throats; there’s no sense in preaching the value of pearls to swine. Jesus’ instruction to His apostles on how to handle rejection was to simply go elsewhere. There are other people who need to hear the gospel, and they are ready to hear it."

Chriss, we seem to be thinking (not feeling!) on similar wave lengths. I just posted this today. https://restore-dc-catholicism.blogspot.com/2017/05/when-catholics-eschew-adulthood-all.html

I think I gave an incorrect link. This is correct https://restore-dc-catholicism.blogspot.com/2019/04/by-and-large-we-are-not-serious-church.html

1) Shaking the dust off my feet: I used to have three Catholic friends I went out to dinner with. Now I'm down to one. When the other two leaped across the table to scream in my face I ended our "friendship".

2) Chriss said: "An example would be if you were asked about your stance on gay marriage". When a person asks me that, I clarify the subject matter before answering by saying, "You mean what do I think of sodomy and sodomites? Because it isn't "marriage". It's sodomy. You do know that don't you?"

That answers their question. They never go further because either they get angry or are shocked into suddenly realizing it's SODOMY.