Is the Mercy of Pope Francis Filling Confessionals with Penitents? 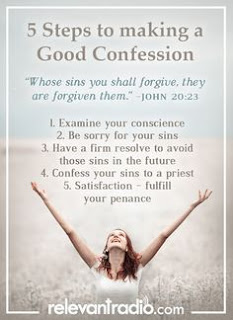 Not according to an Italian priest who sent a letter to Sandro Magister at Chiesa. Some of its contents are heartbreaking to say the least. Is a "penitent" who reflects no sorrow for sin and has no firm purpose of amendment to avoid sin in the future making a "good confession?" I recommend you read the entire article and entire letter from the priest. I plan to make sacrifices today in atonement for the two "penitents" Father mentions and also for Pope Francis:


"The facts are these. Since the opening of the Holy Year backed by Pope Francis and on the occasion of the Christmas festivities of 2015 - as also since Jorge Mario Bergoglio has been sitting on the throne of Peter - the number of faithful who approach the confessional has not increased.... The trend of a progressive, rapid diminution of the frequency of sacramental reconciliation that has characterized recent decades has not stopped. On the contrary: the confessionals of my church have been largely deserted.

"I have sought comfort for this bitter consideration by imagining that the basilicas connected to the Holy Year in Rome or in other cities, or the shrines and convents, have been able to attract a larger number of penitents. But a round of phone calls to some fellow priests who regularly hear confessions in these places...has confirmed my observation: lines of penitents that are anything but long, everywhere, [are] even less than at the festivities of past years....

"Distrusting the value of the numbers, because even the salvation of one soul has an infinite value in the eyes of God, I reviewed the 'quality' of the confessions I have heard. ...The picture that presents itself is certainly not a happy one, both concerning the awareness of sin and in reference to the awareness of the prerequisites for obtaining God’s forgiveness....

"Two examples stand for all. One middle-aged gentleman whom I asked, with discretion and delicacy, if he had repented of a repeated series of grave sins against the seventh commandment “do not steal,” of which he had accused himself with a certain frivolity and almost joking about the circumstances, certainly not attenuating, that had accompanied them, responded to me with the words of Pope Francis: 'Mercy knows no limits' and by showing surprise that I would remind him of the need for repentance and for the resolution to avoid falling back into the same sin in the future: 'I did what I did. What I will do I will decide when I go from here. What I think about what I have done is a question between me and God. I am here only to have what everyone deserves at least at Christmas: to be able to receive communion at midnight!' And he concluded by paraphrasing the now archfamous expression of Pope Francis: 'Who are you to judge me?'

"One young lady, to whom I had proposed as an act of penance connected to the sacramental absolution of a grave sin against the fifth commandment 'do not kill' that she kneel in prayer before the Most Holy Sacrament exposed on the altar of a church and perform an act of material charity toward a poor person to the extent of her means, responded to me with annoyance that 'no one must ask for anything in exchange for God’s mercy, because it is free,' and that she had neither the time to stop at a church to pray (she had to 'run around doing Christmas shopping downtown'), nor money to give to the poor ('who don’t even need it that much, because they have more than we do').

What grace did these two individuals receive from their "Christmas Communions" preceded by confessions that showed little repentance and little appreciation for the "mercy" they took for granted as their right? "Hey, my sins are no big deal! I'm a good person. Who are you to judge me? God understands." [Perhaps reflection on the sin of presumption is in order.]

Also note that the popular "people's pope" is attracting fewer of the flock with his confusing messages which are greeted enthusiastically by the world, but don't appear to be resonating with the flock. Attendance at weekly audiences and the Angelus addresses is down by half. In Italy as a whole, including his own diocese, the "Bishop of Rome" has overseen a drop from over a third of Italian Catholics attending Mass at least weekly to about a quarter.

Will the latest project of video commercials improve the situation? Not likely. If all religions are the same and we all "believe in God" and "believe in love" regardless of how we express that belief, well...what's the point of being Catholic? Besides, what is there to confess? As long as we "love," whatever that happens to mean to me today, I'm okay. And who, after all, is the priest to judge if the pope doesn't?

The crisis of faith continues enabled by Pope Francis. Let us pray for him daily because, regardless of what we think of him personally, he occupies the chair of Peter with its authority.
Posted by Mary Ann Kreitzer at 1:18 PM

So may the following question be charitably asked, Mary Ann?

Has Pope Francis ushered in a new heresy connected with the Protestant heresy known as "Once saved, always saved"? (unwittingly)

In a Catholic's case could we call it "Once saved by mercy, always saved by mercy"? (contrition, absolution, repentance are all optional now, of course)

I don't think the pope ever says anything "explicitly" heretical. It's all confusion and doubt and implications that lead to both. He reminds me of Cardinal Bernardin who upheld a doctrine with one hand, then immediately cast doubt on it by sanctifying personal (uninformed) conscience.

Ditto on the sigh.

My cousin is currently in Rome right now. He went through the Holy Door at St. Peter's, and has also visited many other churches. He gave the impression when talking to my aunt that there are many people in Rome right now for the Holy Year, and that many people were visibly moved and crying when going through the Door. This is beautiful! However, my cousin mistakenly had the impression that you ONLY had to go through the door, and you automatically have all your sins forgiven. He also mistakenly thought that you have to come to Rome to go through the Door, because this is the only Holy Door, when there are actually many Holy Doors around the world this year. Now, I don't want to judge, because I don't know where and how my cousin heard this incorrect information. But you would think that, being in Rome, a place teaming with priests and seminarians and deacons, that someone by now would have told him that confession of sins has to be part of taking one's sins away, not just going the act of going through a door, not to mention the prayers that must be said after that, as well as the detachment from all sin. It goes to show that clergy are not doing their best to get the word out to largely non-churchgoing Catholics (who may be tourists in Rome right now, for example) about what this Year of Mercy actually means, and what it really entails. Therefore, they think it is a game, with no real conversion of heart needed. It is sad. Clergy are there to instruct, and that's what they should be doing!

BTW, I would love to know who these Missionaries of Mercy are! We have heard so much about them, yet how to find them in your diocese has not been made public. I went to the official Year of Mercy website looking for a listing of those priests within my diocese, but they were literally nowhere to be found, and I also did not find any listings at all, much less for my diocese alone. Why do they plug this so much, and then not tell us how we can find them? Odd, to say the least.

While I have not heard of the Missionaries of Mercy - I would recommend you check out the link below and attend a Fathers of Mercy retreat/mission:

Scroll down to the bottom of the page to find your state or one nearest to you where the FoM will be.

The Fathers of Mercy will give you the scoop on the Year of Mercy and all it entails for spiritual nourishment... and beyond

Thanks for the response! Actually, I really love the FoM. They are my favorite of religious orders, because they are so orthodox! I will look for a mission, but I doubt it, as I am in an area they do not usually come to.

As for the Missionaries of Mercy, they are priests that signed up for this assignment during the Year of Mercy. They are priests from all over who volunteered. The Pope, for this year, has given them faculties to forgive and absolve even those sins which carry canonical penalties, which could normally only be absolved by very few priests with those faculties, or by a bishop. Here is some more info about this:

However, we hear a lot about it in the Catholic media, but since the Year of Mercy has started, I have heard literally NOTHING about any of these priests coming to my diocese to give a retreat, confessions, or anything. Even on EWTN, I have heard NOTHING since the Year of Mercy has begun about how to find one of these priests. Why plug them so much, and then mention NOTHING about them in parishes, and make it so hard for the faithful to find them? It makes no sense!

If anyone else has info about how to locate a Missionary of Mercy priest(s) in your local area, please explain here.