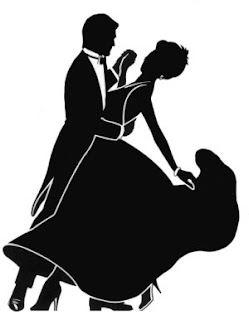 We will be celebrating our 50th wedding anniversary next May and when we mention this fact to just about anyone, their reply is always, “Wow.”  I suspect the amazement is in knowing that we have reached a milestone few achieve because death for one or the other prevents the occasion from being possible or because so few in the world today persist in keeping the vow to God Almighty made on the day of their wedding, to stay together for life.
Even when it is hard, and anyone who’s been married for even six months will tell you, it is going to be difficult whether you plan for it to be or not.

I have thought of marriage occasionally as a three legged sack race. 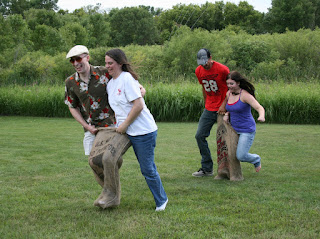 It involves two people tied together marching forward toward a finish line in “lock step” but not always of the same mind.  This involves a lot of falling down and starting over.  Or it may mean quitting and giving up instead of finding the way to make it work for both people.  When you think of it this way, quitting is far easier.   It is the “working it out” that requires tireless effort.

Before you get the impression my marriage is one struggle after another, let me say the joy and happiness we’ve experienced has far outweighed the bumps and roadblocks over the last 49.5 years.   This has been the case for the most part because we have always put our faith in God and what we know to be Gospel truth about the obligations of husbands and wives foremost in all our decisions. 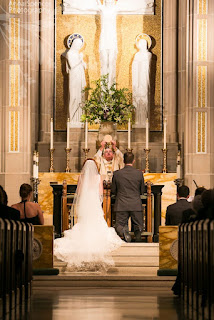 We were invited to a wedding about three years ago.  During the reception after the ceremony the band leader asked for ALL married couples to come to the dance floor.  Many were reluctant, but he assured us this would be fun and easy.  He promised a slow song that would not be hard for anyone to enjoy.  So the dance floor filled up leaving little room to move around.   The bride and groom, who now fell into this category, were thrilled to be among the other husbands and wives.
After a few bars of music, the director stopped and said anyone who has been married less than 24 hours, please, leave the floor.  The bride and groom stepped away and returned to their seats to a round of applause.  The music continued and again after a few bars, the director asked for anyone married for less than a year to leave the floor.  Then anyone married less than five years, then ten years, then twenty, then twenty-five.  By now the floor had plenty of room for the remaining couples and the music continued.  Now the director asked for those married less than 30 years, then 40, then 45, to leave and we, to our great surprise, were the only ones still dancing.
Never expecting to be the last on the floor, and now the center of attention, we were put on the spot by the band director who asked us each to speak to the bride and groom about the secret to a long marriage.  Spencer spoke to the groom first and said, “Never go to bed angry.  Always kiss and make up as soon as possible and be ready to listen to her point of view.”  So impressed with his answer was I, who am usually anxious to speak, that I found myself uncharacteristically at a loss for words.  All I could think of saying was, “Never be afraid to follow.”  Given even a little time to expand on that, I might have said, married life itself is like dancing.   The world is your dance floor, often crowded, often at a pace you don’t enjoy or can’t handle well, but as long as you don’t let go, as long as you stay together, as long as you realize that one person leads and one only, like a ship with one captain, you’ll get through all the storms to the end.
I had not thought of this little party game for a while until I heard a song on the radio that made me smile.  The title is “I Like To Lead When I Dance.”  It was sung by Frank Sinatra.  Originally released in 1964 on the B side of a record featuring the song My Kind of Town (Chicago Is),  it never made the charts.  That’s a shame because I think it is really a delightful tune.  The song writers were Cahn/Van Heusen.  A link to Sinatra singing the song is here.  The lyrics tell the story of a guy falling in love and letting go of his freedom for a life of commitment.  He knows how he feels about this woman and he imagines the fun of going through life with her, but he insists on one thing:  He is the man.  She is the woman.  Only one can be the head of the relationship and as long as she knows that will be him, they can have a beautiful life together.
In this day and age the whole thing sounds outrageously corny and positively ludicrous no doubt, to most women now, who shout and scream:  “EQUALITY!”  But, my friends, it is a formula that is Biblical, and one that not only can but does work, if both men and women are committed to their own calling.

The words to the song are as follows (with my emphasis):
A little voice, keeps talking to me
From (a) way down deep inside
What does this voice, keep saying to me
It says: ‘pass this affair and pass it wide’
You may be a puzzle, but I like the way the parts fit
Still that little voice says: ‘Go get your track shoes- put them on and get.’
We could go the distance
And find us romance
I like your persistence
Your style and your stance
There’s only one problem -  the tiniest problem
I like to lead when I dance.
Your eyes do the speaking
They talk with each glance
My will-power’s creaking
I might take a chance
And though you’re a charmer – who could bend my armor
I like to lead when I dance.

I like to steer the car – whenever I drive
And hold the door ajar – when we arrive
So if it’s decided – that this is romance
My sweet, I’ll repeat – in advance
I like to lead when I dance.

When Adam bit the fruit – as fashions were then
He got that fig-leaf suit – for which Amen
So if it’s decided – I’m wearing the pants
Then Eve, I’d say we’ve - got romance

Posted by Chriss Rainey at 6:33 AM

Labels: equality, happy marriage, he leads and she follows, Husbands and wives