So...Did the Pope Carry the Satanic Stang at the Opening Mass of the Youth Synod?

Check out Susan's post and compare the pope's ferula (which differs from a bishop's crozier which is shaped like a shepherd's crook and is usually a ball with a cross) to the satanic stang. Hmmm....Sure looks like a stang doesn't it! Ann Barnhardt has a chilling article about the stang and the pope's use of it here. Of course the youth who gave it to the pope had a different explanation for it, (Surprise!) but that would be expected wouldn't it? The devil can appear as an angel of light. 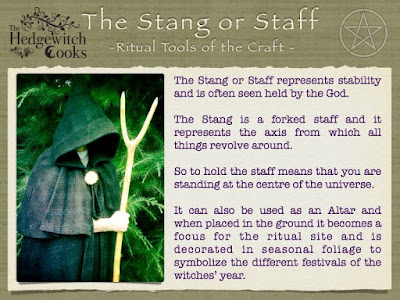 This papacy just gets more and more bizarre. Doesn't it seem reasonable that a pope looking at a staff being presented to him that looks like that would say, "What the h is that?" And "Stop horsing around with this stuff and go get me my proper ferula with the cross of Christ!"

And if he wondered about the item (which he certainly should), don't you think he'd ask one of his advisors what the symbolism of such a staff was? My first impression was that it was a divining rod which certainly has connections to divination and hidden, secret knowledge.

How can anyone not be concerned about this? Pray and fast and stick close to your guardian angel. 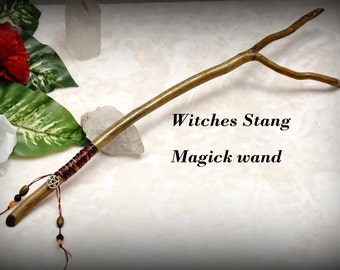 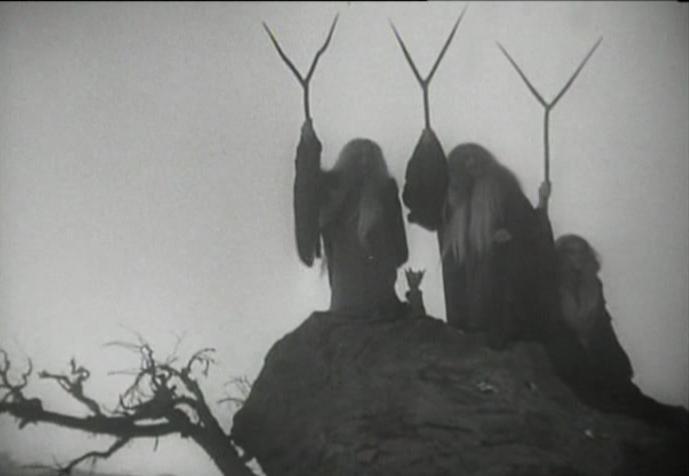 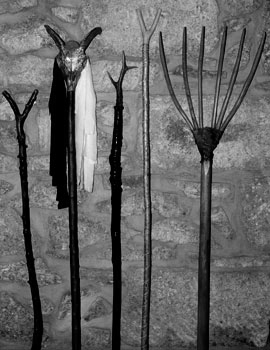 Who were the 2 girls presenting the stang-staff to the Pope? Who are they? Who designed the thing? What is their agenda? What is it made of? And it was born out of the seed of whose brain to begin with? The backstory will be interesting if it is ever divulged, because there is ALWAYS an agenda behind something as terribly odd as this.

The fact that they presented it to him and asked that he use it during the youth synod seems STAGED, as if the stang-like staff was pre-planned by the far left progressives currently ruling the Church. The ENTIRE STORY would be helpful to know.

Also, I was appalled by the half naked girls at the Circus Maximus.
https://www.dailymail.co.uk/news/article-6050877/Pope-Francis-mobbed-adoring-fans-70-000-gather-youth-festival-Rome.html
About 12 photos down is the picture of the two girls presenting the stick thing to Francis.

Look at Ann barnhardt update... one of the girls is wearing a satanic bracelet.

Not "far left progressives." The Church has been infiltrated by card-carrying Satanists. Not all Sodomists are Satanists of course, but Satanists practice Sodomy as part of their blasphemist rituals. Now the Satanists are out in the open. PF and his advisers are not ignorant. PF sold his soul in exchange for the papacy. Now he is in over his head.

And still, they say nothing. Mewling and nods of approval from Clerics low to high. Serenity.

This is the most sacrilegious, evil thing I have ever seen in my life; held, presented and proclaimed as it is to the "youth" and the world by the "Vicar of Christ" (so called). Christ subsumed into the evil wood; His blessed spike driven through the Stang fork.

I researched this after reading Barnhardt ... the *first* to see this evil as it is (again); to check her premise. Yep. She's right. Terrifying evil. It is exactly what it appears to be. A Wiccan Warlock staff.

But "let's just let our kids figure this mess out for themselves someday. Nothing we can do about. Oh, no. That would disturb our serenity. Perhaps they will condemn it in some future Synod of Bishops". Or not. For now, the Pope is a Wiccan Warlock, or is at least promoting their religion. LGBTQ fits right in to Wiccan religion, and sure enough, that is a central "Youth Synod" theme. But ... No.Correction.Needed. Calm, serene.

I will fight for my children even if these Clerics will not.

Complicit, they are. All of them.

It is far more likely that Bullets Barnhardt is wrong and that the ferula/staff is just the latest example of crummy modern art.

It is Catholic Tradition that Satan masks his presence, not trumpets it.

Barnhardt is a blast to read but she is often wildly wrong. For instance, she continues to insist that Bishop Emeritus Ratzinger is Pope but an expert Canonist, Dr. Edward Peters, says such an idea is silly.

The stang was widely used by pre-christian earth religions. Who made the claim of a satanic staff? That's quite funny, and a poor stereotype

Bottom line it is consummately wrong...if our Pope is so ignorant to the machinations of evil and doesn’t recognize its intrusions/subversions then he is the wrong guy for the job!
This whole issue would be akin to the Commandant of the Marine Corps (I am a forever Marine) showing up to a major event and wearing the Red Star of Mao or Lenin, etc and claiming he had been given it by a friend and thought it had a lot of meaning. He would be gone in short order as a result of the uproar from the living and dead who fought the evil of communism.
Let the communion of saints, living and dead, cry out in judgement!

Great comment (CHUD) about the communion of saints. It is not just us, making things up best we can according to the leadership of strong personalities and cool innovators; moving forward, ever *forward* comrade! New rules for every generation of "young people".

Rather, we are a communion, with Christ in our center, unified as One Body; Jesus our head.

We living pray for the dead in purgation. The saints in heaven likewise pray for us in our earthly struggle. We will join them one day, God willing.

John 17: 20-26, Jesus prayed just before his crucifixion for unity. Three times, sweating drops of blood, unity, unity, unity. "As the Father with the Son; they in Us; Us in them etc".

These Saints are as alive today as we are, (more), with something to say. All of us, carefully, specifically, insistently living the clear will of almighty God, *only* God, the only good, and advancing, building His Kingdom on behalf of the *true Monarch*.