Have you ever seen a dog fight? Not an illegal dog fight in a ring with betting. I mean a real honest to goodness fight to the death between two male dogs that have happened upon each other by accident in a normal setting? I have and it's horrifying, but I saw with my own eyes a hero step in and stop it instantaneously. Snap! And it was over. Just that fast. The dog on top, his teeth already sunk into the other dog's throat slowly killing him, leaped off his victim yowling in pain.

It happened at a Thoroughbred training barn where grooms, riders, owners, trainers were free to bring their dogs while milling around the barn talking horse talk and watching daily workouts. One of the exercise riders had a German Shepherd and another person had a pit bull. Both dogs were full males. The German Shepherd was frequently at the barn since his owner worked there. The pit bull's owner was visiting and brought his dog along. I'm not certain he meant to let his dog out of the truck but suddenly there the dog was zigzagging around the courtyard intently sniffing the ground.


The German Shepherd curiously trotted over to see who had entered his territory. The dogs stood in the middle of the yard circling and sniffing each other, then facing one another lifting their lips to show their teeth, then growling, then snarling, then suddenly both dogs were vicious tangled killing machines. 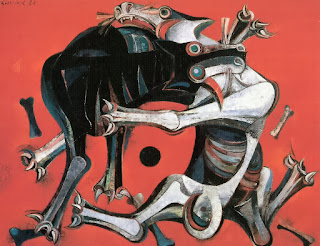 The owner of the German Shepherd grabbed a broom and tried to beat the pit bull off her dog. The owner of the pit bull shouted at his dog to stop. A few people ran to get pitchforks since no one dared go near without some sort of "weapon" for fear of being bitten or attacked in the process of breaking up the dogfight. Everyone felt completely helpless watching the horror unfold before them.

Meanwhile the local veterinarian, who had been called to look at a problem with one of the horses, arrived. While driving into the courtyard he saw what was taking place. He leaped out of his truck, ran over to the dogs and in one swift movement reached under the tail of the pit bull who was standing over the German Shepherd with his teeth sunk in its throat killing it (it lived), took a hold of its testicles and crunched them with his big hands, squeezing the pit bull's testicles as hard a he could.

THAT'S how to stop a dog fight.

The pit bull instantaneously released his victim's throat, jumped straight up in the air yowling in pain, then crawled off whining and whimpering, clearly suffering from intense pain in his nether regions. Greater pain than the pain he was inflicting on the other dog had to be inflicted upon him in order to stop the fight and restore order and the release of the underdog (now we know the etymology of that word).

Each time two warring sides meet where people are snarling and fighting - the left / the right, Democrats / Republicans, the UN / the USA, insane feminists / Kavanaugh, Antifa / normal people, Pope Francis / orthodox Catholics, homosexuals / heterosexuals, Islam / the West, and so forth, I think of the veterinarian who decisively stepped in and crunched that dog's testicles and I look around and wonder who will step in this time to do the crunching needed to end the fighting. 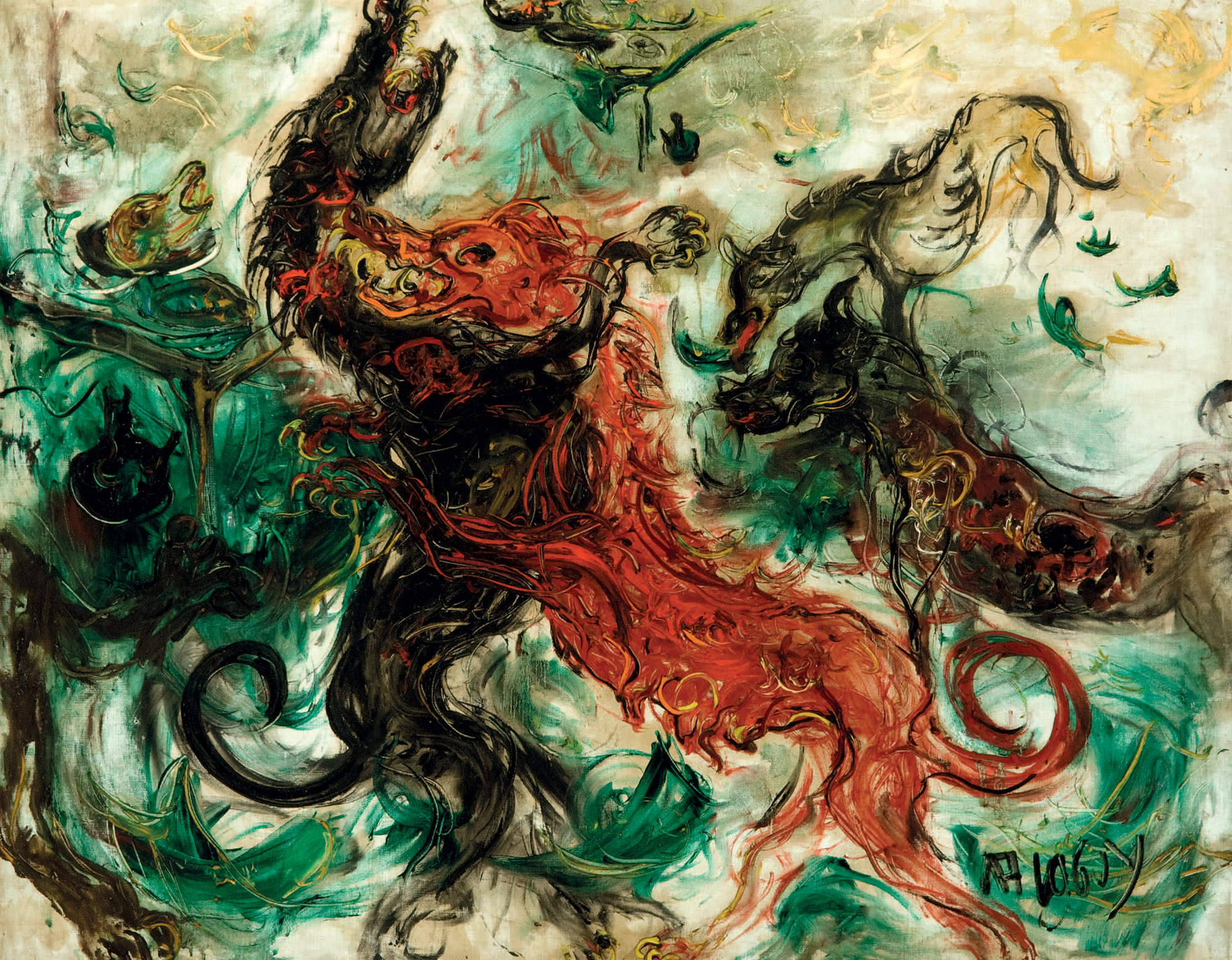 Who will inflict the greater pain that will cause the end of the vicious cycle of fighting, who will release the underdog, who will restore order? Who is courageous enough to step into the middle of the fight and inflict greater pain in order to stop the fighting? Because that's what it takes. Greater pain for people to wake up.

President Trump is an example of a person courageously stepping in to release the underdog since Hillary would have continued Obama's death grip on our freedom, however the left has never stopped yowling in pain and has yet to crawl off whimpering in defeat.

The West has heroes in Tommy Robinson, Geert Wilders, and Robert Spencer who risk their lives to speak out about the evil threat of Islam currently gripping the West's throat, especially Great Britain and Europe, but the Muslims never stop their jihad activity of killing non-Muslims then whining about Islamophobia.

Archbishop Carlo Maria Vigano, now in hiding for fear of his life, is heroically speaking the greater pain of the truth to stang carrying Pope Francis but the Lavender Mafia remains in control of the Church with their incessant death grip on orthodoxy by doublespeak on doctrine, family, and now youth.

What will be the GREATER PAIN inflicted on these various situations in order to stop the fighting? Another World War? Another Civil War in the US? Another war against Islam in Europe? Another schism (now looming) in the Catholic Church? Another chastisement? Another hurricane, tsunami, earthquake, tornado? Stars falling from the sky? Another punishment from God to make mankind behave according to His standards, not ours? It would be well deserved punishment, but do we really want that?

I'd say, don't bring your dog to the barn in the first place. Don't let your dog out of the truck. Don't be clueless enough to start a fight because no one has hands big enough to crunch with pain where it hurts the most except God. And God's chastisements need to be avoided because they would inflict greater pain where it hurts the most in order to end the incessant hatred.

Posted by Susan Matthiesen at 3:07 PM

This is so absolutely true. But when you are dealing with people so committed to their ideology, Islam, Democrat/Socialist Party, what reason can be brought to bear, what punishment affects all? It will take a divine action, because an election meant nothing, and there are so many who invite Islam in under the foolish guise of diversity, still, they do that still, despite Europe. It's that half our population has gone insane, can't reason, won't see facts, refuses to see reality. The intellect is darkened, as Scripture says. If you move away from God long enough, you no longer can see Truth.
I just read an actor, I believe the same actor who played the nice farmer in Babe, James Cromwell? He just said if the Democrats did not win in the midterms there "would be blood in the streets".
And we wonder why violence is becoming commonplace, and it is blamed on President Trump. No, it is rightly blamed on Democrats who cannot subvert the valid election that led to a candidate they have become unhinged over.