Nabi Sayeth: Is This One More PR Campaign from Clueless Bishops?

[Editor's Comment: This looks like an orchestrated event with the identical letter released on the same date in dioceses in different parts of the country. Readers, has this letter appeared in your local parish bulletins? How many dioceses participated? Who wrote the letter? Did the bishops hire a PR firm to polish their image? At your expense? If this letter appeared in your bulletin, please tell us in a comment. And ask your bishop exactly WHAT is going on?]

Nabi Asketh: If the father of a family with several children should commit an act of sexual abuse against one of those children, SHOULD THE FATHER BE PERMITTED TO DEAL WITH EVERY DIMENSION OF HIS SIN AND CRIME? COULD HE BE TRUSTED TO HEAL THE HORRIBLE DAMAGE HE HAS DONE TO THE ENTIRE FAMILY?
OUR COURSE NOT!

The bishops in various dioceses are conducting ANOTHER clueless PUBLIC RELATIONS CAMPAIGN….. 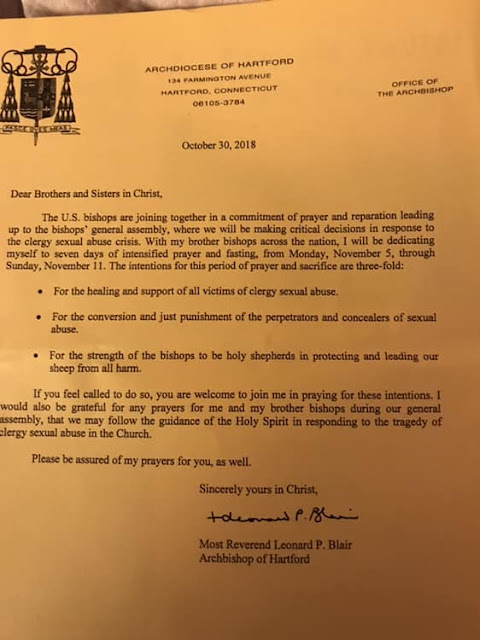