The Islamic Genocide of Armenian Christians 104 Years Ago

The Demonically Inspired Islamic Hatred of Yesterday, Today, and Tomorrow

Western intelligentsia and media elites continue to portray Islam as a religion of peace. However today's current and very real crisis in the world is that of Christians persecuted (for 1400 years) by this same religion of peace. The cause of this catastrophe is not difficult to grasp unless we rely on the mainstream media, not only today, but also yesterday, that is, the yesterday of 104 years ago during the Armenian Genocide, Islam's greatest slaughter of Christians. 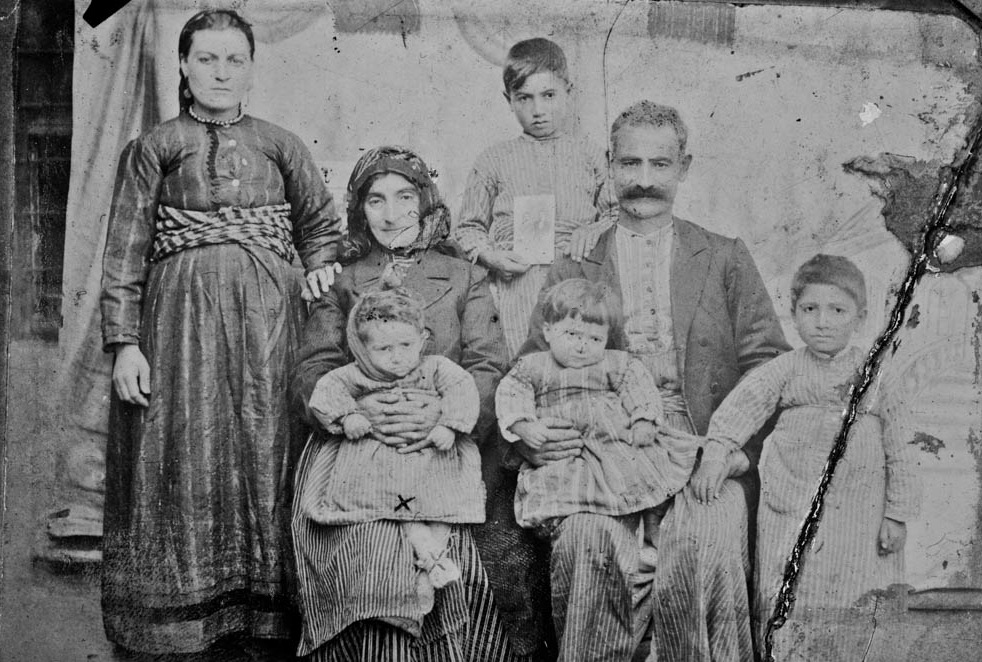 In the 1930s Hitler took advantage of the media's silence when planning the extermination of the Jews. He was not troubled about anger or retaliation because of his wicked strategies since he was aware of the world’s muteness on the matter of Turkey’s 1915 slaughter and genocide of Armenian Christians. He said, Who, after all, speaks today of the annihilation of the Armenians? Since no one did, Hitler well knew he could annihilate the Jews without arousing the world’s wrath. Hence the Holocaust.

April 24, 2015, marked the 100th anniversary of the beginning of the 1915 genocide of the Armenian people by the Turkish government of the Young Turks. The Young Turks promoted the idea of Ottomanization, that is, creating a homogeneous Turkey of one race, one language, and one religion – Islam. In 1913 the Turkish Ottoman government of the Committee of Union and Progress initiated a program of forcible Turkification of non-Turkish minorities. By 1914, with the new slogan, Turkey for the Turks, the Young Turks began ordering the confiscation of Christian property, then the wholesale slaughter and exile of Turkey’s Christian population
began. 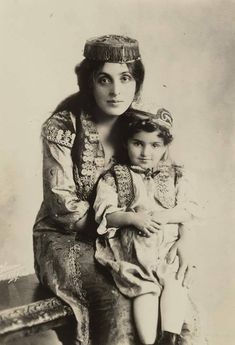 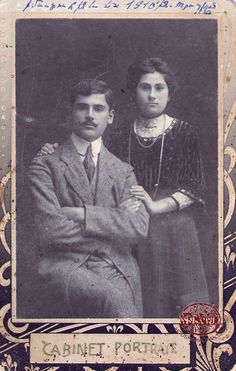 Starting in 1915 the government turned to deliberate and systematic extermination of indigenous and Christian ethnic groups – Assyrians, Greeks, Armenians, Chaldeans and Nestorians. The genocides ordered by the Turkish government were perpetrated by Turkish and Kurdish Muslim irregulars who had lived as predators for two thousand years. They, however, did not kill Christians for the benefit of “Turkish nationalism”; they did it to become more worthy of Allah, to become better Muslims, and become closer to the (pornographic) heaven of Islam. They considered the government’s order a gift because they got to pillage their non-Muslim neighbors on the order of their government therefore were only too happy to plunder, loot, rape and kill. Most well-known is the wholesale slaughter and destruction of Armenian Christians.

Between 1915 -1917 mass arrests, heinous torture and murder of Christians took place across Macedonia. Prominent Christians of the towns and villages were first to be arrested and exiled to the interior, or killed outright. Such evil as was done to Armenian Christians at the hands of Islamic hatred has rarely been seen in the history of mankind, but then, since its beginning, Islam has been defined by its vicious inhumanity of bestial force against civilized societies.


One can receive a sound education on the Armenian Genocide by going to YouTube’s various videos and documentaries on the subject. Photographs prove the horror of the truth. The cruelty and wickedness seen in pictures while ignored by Western media outlets (who continue to say that Islam is a religion of peace) is shocking. In 1915 Christian clergy, professors, doctors and lawyers from Istanbul were made to march through the streets with their feet nailed to iron horseshoes, 16 Armenian Christian girls were crucified by the Turks. “Each girl had been nailed alive upon her cross, spikes through her feet and hands, only their hair blown by the wind, covered their bodies.” They had refused to convert to Islam, so were raped and crucified.

Since the slaughter and annihilation of the Armenians was successful, the Turks next exterminated Pontic Greek Christians, erasing their long history from the face of the earth down to dismantling their churches, homes and villages and letting the Christians’ cultivated land and orchards go to waste. Nothing is left. No one tells that history better than Thea Halo in her book, Not Even My Name, the amazing story of her mother’s life as a Christian Pontian Greek whose entire family was killed by the Islamist Turkish government. Thea’s mother, Sano Halo, born in 1909, died in 2014 at the age of 105. This book is recommended reading for anyone wanting to know the truth from an actual living witness uprooted from her home, and, as a child, watching everyone she loved slaughtered or dying of disease or starvation while being marched to the desert. Of those who made it to the desert, all that was left were their dried, sun-bleached bones lying in the sand - because after all, it was a desert, the destination assigned by the Muslims.


Today’s current lack of concern that the West has for Christians slaughtered by Islamic terrorists (just last week in Sri Lanka) is likewise deplorable. Today's killing of Christians by the demonically inspired religion of Islam is identical to the 1915 killings of Christian Armenians and Pontian Greeks by the Turkish Islamic government. Chicago attorney, Robert W. DeKelaita, tells the story of his grandfather’s escape from the killing grounds of the Assyrian Genocide. Assyrian International News Agency “(My grandfather) had to carefully step over the dead bodies of his relatives and friends as he made his escape from the Assyrian village of Mar Bishu in 1915. Turkish and Kurdish irregulars bombed or pillaged their village nestled in the mountains east of the Hakkari Mountains, killing everyone because they were Assyrian Christians.”

Along with 1,5000,000 Christian Armenians and Greeks of Anatolia, the Ottomans extinguished 750,000 Christian Assyrian lives and 1,000,000 Christian Greeks, Albanians, Serbs and Bulgarians. Men, women, and children were shot or hacked to pieces, their blood soaking the earth of their ancestors. Others were taken and tortured and murdered because they refused to convert to Islam. Tiny girls and women were raped, children burned to death, men castrated, disemboweled then slaughtered.


Today a massive sea of Islamic humanity flows into Western Europe. (Remember - Islam is a religion, not a race.) In 1683 the Battle of Vienna, instigated by the Turks for entrance into Europe proper from Asia Minor through the Balkans, marked the historical end of the expansion of the Ottoman Empire into Europe. The Islamic army got as far as Vienna where they were stopped by Jan Sobieski (a Pole) and his small army. Three hundred years later, today’s descendants of those same Europeans of yesterday are allowing Muslims into Europe thereby negating everything for which their forefathers died.

This mass of Muslim humanity consists of overwhelmingly young, healthy, well-dressed males, carrying the latest smartphones while yelling Allahu Akbar as they stab, rape and blow up their way through the Christian European cities that (ignorantly) welcomed them. These men have come to rampage, riot and destroy in the name of Islam. This is not normal migration, this is an Islamic hijra.

Andrew Bieszad defines hijra for us: “The idea of the hijra pertains to the movement of a group of Muslims from a predominantly Muslim area to a predominantly non-Muslim area with the goal of establishing Islam’s dominance in it. The first hijra conquered Jerusalem in 638. The second hijra conquered Constantinople (now Istanbul) in 1453. According to certain voices in the Islamic world, the third and final hijra will be Rome and the Catholic Church which is the main obstacle impeding Islam’s domination of all humanity [but with Islam loving Pope Francis' help, Rome and the Catholic Church are no longer great obstacles. It's merely a matter of time]. Therefore, tomorrow, the Christian faithful must not only be converted to Islam, but their sacred spaces must be taken from them and given to the Dar al-Islam – the House of Islam.” As for America’s future, convicted Al Qaeda financier Abdurahman Alamoudi (President Clinton’s former Islamic adviser) said, “This country (America) will become a Muslim country.”

Because of the media and Islam’s shared hatred of our Judeo-Christian God, the media turns our attention away from today’s Christian Genocide, thereby manifesting its silence on the issue. As it concentrates on Bruce Jenner’s transgender facade with his carefully chosen lipstick color highlighting his high feminine cheekbones or some movie starlet’s “lacy look over her baby bump,” and covering up Hillary Clinton’s wiping her server clean – What? With a cloth or something? – today’s current genocide of Christians all over the world prophesies tomorrow’s genocide of the rest of us, wiping us clean off the face of the earth with the cloth of Islam.

Our sufferings today are the prelude of those you, Europeans and Western Christians, will also suffer in the near future. Your liberal and democratic principles are worth nothing here. You must consider again our reality in the Middle East, because you are welcoming in your countries an ever growing number (millions) of Muslims. Also you are in danger. You must take strong and courageous decisions, even at the cost of your principles. You think all men are created equal, but that is not true: Islam does not say that all men are equal. Your values are not their values. If you do not understand this soon enough, (tomorrow) you will become the victims of the enemy you have welcomed in your home.

And as the song says, “tomorrow is only a day away".

Charles Aznavour, a French an Armenian Christian, wrote the lyrics
to Ils Sont Tombes (They Fell) as a tribute to the
victims of the Islamic Armenian Genocide.

Ils Sont Tombes (They Fell)
by Charles Aznavour, a French Armenian Christian
This video is less graphic than the one below.

Posted by Susan Matthiesen at 2:19 PM

Mary Ann, I couldn't link to the 16 Christian girls. I received error 101 and the following message: The owner of this website (www.raymondibrahim.com) does not allow hotlinking to that resource (/wp-content/uploads/2013/04/armen1.jpg). Mary Podlesak

Susan, can you fix the link?