Did the Pope Really Say That the Divorced and Remarried will be Admitted to Communion? 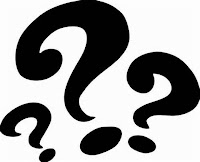 That's what his friend, journalist Eugenio Scalfari, is claiming. The Vatican, on the other hand, says Scalfari is not reliable.

Here's the translation from Rorate Caeli of what the pope supposedly said to Scalfari:


“The diverse opinion of the bishops is part of this modernity of the Church and of the diverse societies in which she operated, but the goal is the same, and for that which regards the admission of the divorced to the Sacraments, [it] confirms that this principle has been accepted by the synod.
He added: “This is bottom line result, the de facto appraisals are entrusted to the confessors, but at the end of faster or slower paths, all the divorced who ask will be admitted.” (source)


“As has already occurred in the past, Scalfari refers in quotes what the Pope supposedly told him, but many times it does not correspond to reality, since he does not record nor transcribe the exact words of the Pope, as he himself has said many times.
“So it is clear that what is being reported by him in the latest article about the divorced and remarried is in no way a reliable and cannot be considered as the Pope’s thinking.”
He added that those who have “followed the preceding events and work in Italy know the way Scalfari writes and knows these things well.”

If this is the case, why on earth is the pope using Scalfari as a mouthpiece for his thinking? Lombardi says they KNOW he is unreliable. His quotes of the pope do NOT "correspond to reality." So why does the give him interviews?

This is just too bizarre for words. Does the pope want to be misquoted? One wonders. But for sure we have one more example of miring the faithful in confusion. And that is certainly not a virtue!
Posted by Mary Ann Kreitzer at 6:08 PM

Labels: "All the divorced who ask will be admitted to Communion.", Eugenio Scalfari, Pope Francis, Rorate Caeli

If you leave out the "and remarried" part which Scalfari did, you have Bergoglio. Deliberate confusion is Pope Francis.