Who Benefited from Obamacare? Check Out the CEO Salaries of the 11 Failed Co-ops

Top Officials With Failed Obamacare Co-Ops Made an Average of $245,000 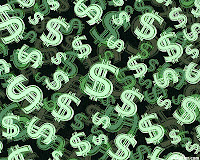 And they say private insurance companies are bad, bad, bad because they are "for profit."

Congress created the co-ops to inject competition into areas where few insurance providers offered plans. The federal government awarded $2.4 billion in startup and solvency loans to 23 co-ops that were approved by the Centers for Medicare and Medicaid Services....

The failed co-ops received more than $1.1 billion in total and enrolled more than 690,000 Americans in plans, according to the Centers for Medicare and Medicaid Services and state regulatory filings.

And what about those 690,000 Americans enrolled? It's back to the drawing board for a good many. Obamacare sure has been a great boon for the country, eh? But it sure was lucrative for the CEOs while it lasted.
Posted by Mary Ann Kreitzer at 7:46 AM