Meditation for Sunday: Did I commit the mortal sin of proselytizing? 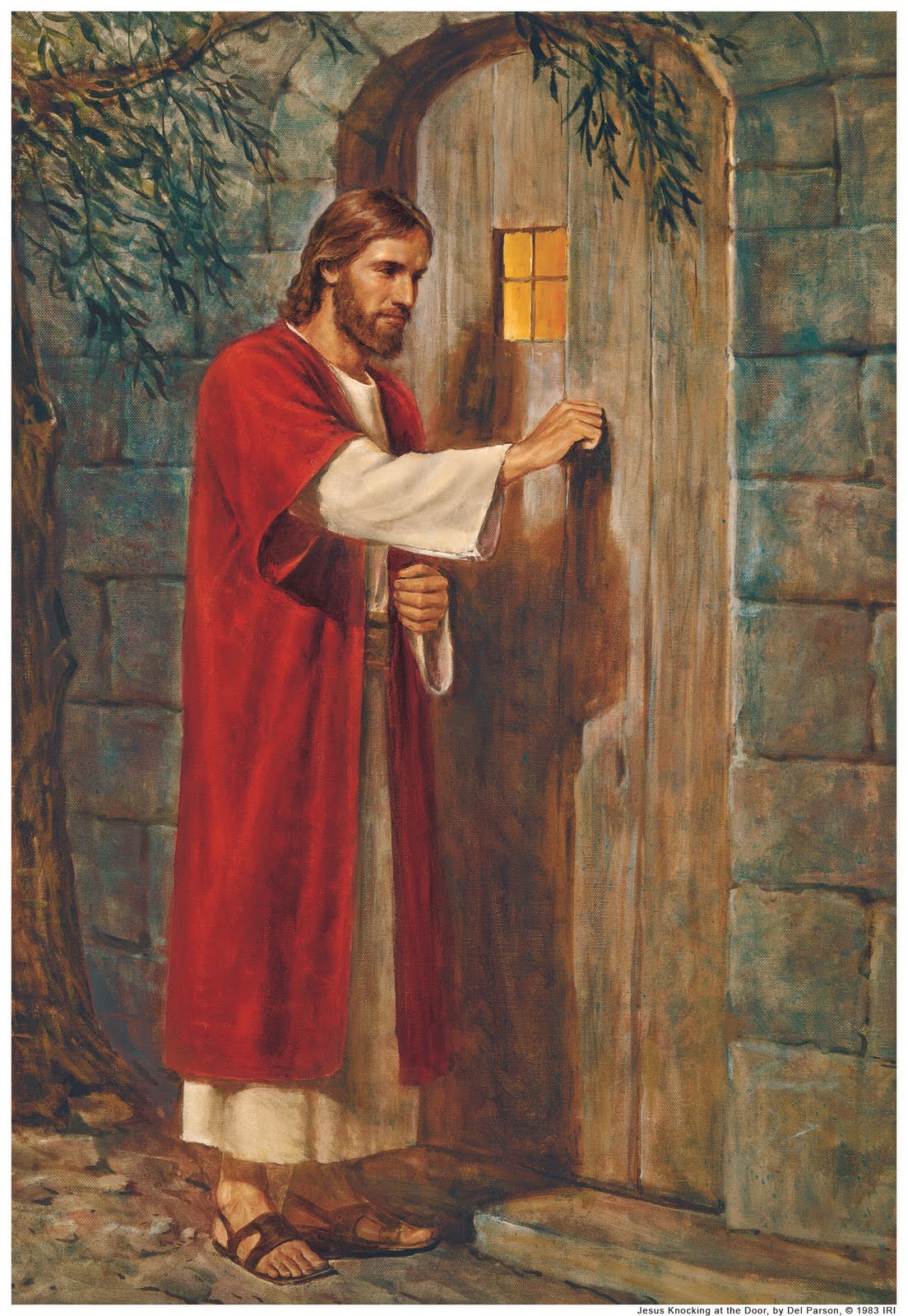 Yesterday a handsome young black man in a suit and tie knocked on my door. I knew immediately from the Bible and Watchtower in his hands that he was a Jehovah's Witness. His wife and two children were waiting for him in the car.

He started the conversation by saying he had noticed my pro-life bumper sticker and how good it was to be against abortion. I agreed. Then he began to talk to me about his faith. I listened for a few minutes and then told him I'm a Catholic and that there are things about the Jehovah's Witnesses I find troubling: their shunning, their negative attitude toward innocent celebrations. I mentioned that Jesus' first miracle was to keep a party going.

We talked a little more and I said I really admired the zeal of the JWs and mentioned how I also admire the Mormon boys who come knocking. "I'm sure you get plenty of doors slammed in your face," I said. He smiled and nodded.


He asked if I read the bible and I said I go to daily Mass and hear scripture readings every day and often read the bible outside of Mass. He thought that was great. Then I told him I'd been talking to JWs for years and knew that one of the things they believed was that it's wrong to drink blood and they use that against the Catholic Eucharist. "But there's a real problem with that," I said, "because Jesus tells us that 'Unless you eat the flesh of the Son of Man and drink his blood, you have no life in you.' I couldn't live without the Eucharist and I believe the 'daily bread' in the Our Father isn't so much the physical bread we eat, but the Body and Blood of Jesus in Holy Communion."

We continued to chat and I mentioned that Larry was home and he said he'd like to meet him, but I told him he just had surgery and was hobbling around on crutches. Then I said I'd like to take him and his family to our parish fish fry sometime. But then I amended the invite and said I'd like him to meet Larry and why didn't he and his family come over some day for lunch.

He urged me to learn more about the JWs and I agreed to accept a brochure about what they believe. At some point, I smiled and said, "But you should be a Catholic. I'd love you to come to St. John Bosco some day." We ended the conversation with me giving him a card with my phone number on it. How I hope he and his family really do call and come over for a meal. I would especially like to meet his wife and children.

So, am I guilty of the evil of "proselytizing?" The pope says that evangelization is good, but hasn't clearly expressed the difference between the evil "P" and the okay "E." If "P" means to coerce others to convert... really...is anybody doing that besides the followers of Islam whom the pope is constantly praising? If you can figure out his confusing rhetoric let me know. In the meantime I will continue to share my faith with joy because I want everyone to "eat the flesh of the Son of Man and drink his Blood" unto eternal life. I certainly don't coerce or threaten people, but neither will I be silent about where the fullness of the faith rests -- in the one, holy, universal, and apostolic Church founded by Jesus Christ on the rock of Peter.

So, what do you think? Do I need to go to confession for my discussion with Ted?

For now I'm going to offer my rosary for him and his family. I hope you'll pray for them too!

Oh, and by the way, how do you share your faith when someone knocks on the door?
Posted by Mary Ann Kreitzer at 8:42 PM

As St. Francis is said to have said, "Preach the gospel always. Use words if necessary!"

Not a mortal sin, dear, but don your hair shirt for doubting that you did the only Christian thing pleasing to Our King.

Now Sandpiper, you might be committing a sin of scandal for encouraging my proselytizing. LOL!

A few JWs have come to my door. (One poor woman was an ex-Catholic.) What I have done for years is keep Catholic brochures in the drawer of the table by my front door solely for the occasion of when a JW comes knocking.

The only JW who has ever taken one is the ex-Catholic woman. I felt sorry for her caught up in the JW stuff.

So Mary Ann, it's only fair for us to talk about our religion if they are going to talk about theirs. Maybe the young man and his family will contact you but I doubt it. He did what was required of him - managed to get a JW brochure into your hands.

Here in Florida they leave brochures in the Post Office so I promptly tear them up and throw them away. But then, maybe I should just do as they do and leave several Catholic brochures.(I'll still tear theirs up though.)