Ants: On My Kitchen Counter and in the Church 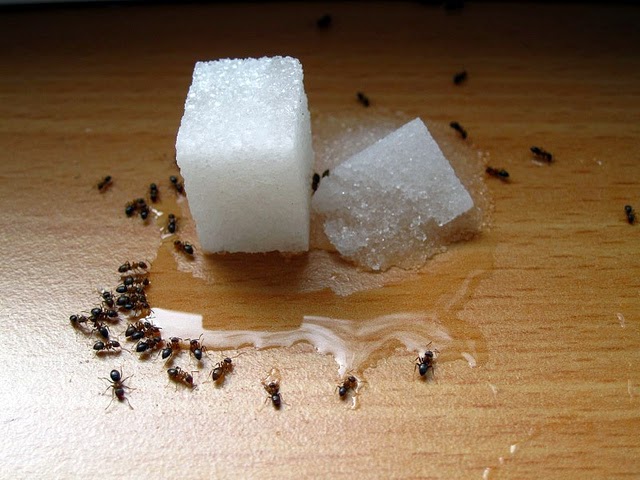 We're battling an ant invasion in our kitchen. We don't just have those teeny-tiny ants. Ours are big, black creepy ants. They love my dishwasher and I usually see a battalion when I open the door. And these aren't just dumb ants; they're too smart to go into the ant traps we bought. So I've been killing the scouts crawling up the cabinet fronts, but I know the army is still back there plotting the continued invasion.

Reminds me of the creepy ants in the Church -- the dissenters, the men in roman collars who in one breath bring Jesus Christ down upon our altars and in the next drive a spear into his side with their heresy. We are a church overrun! But the Holy Spirit never leaves us and the Blessed Mother calls us perpetually to fight using the sacraments and the rosary as spiritual weapons to defeat the enemy. And so we fight on as members of the Church Militant against the Judases inside the Body of Christ.

I think I've finally solved the ant problem. I looked up on the internet for a homemade recipe for eliminating ants. It's a combination of one cup water, 1/2 cup sugar, and 2 tablespoons borax. Soak cotton balls and put them where you see the ants. Voila -- this morning I haven't seen a single (live) ant.

Now if only it were so easy to purge the Church of the army of heretic ants attacking the faithful.
Posted by Mary Ann Kreitzer at 8:43 AM