Thumbs Up for Christendom College; Thumbs Down for Archishop Thomas Wenski 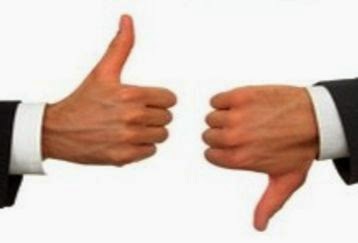 Christendom College alumnus N.J. Guld, class of 1987, was just ordained for the Diocese of Trenton. He's the 70th Christendom graduate ordained to the priesthood. Two more were ordained earlier this month to bring the grand total to 72. Thank you, Christendom, for fostering vocations. As of June 2nd, Christendom could count 149 religious vocations from its 37 year history of solid Catholic educational formation: 70 priests, 49 sisters, five deacons, three brothers, and 22 seminarians. What a record and proof of the value of fidelity.

Then there is Archbishop Wenski who described those of us who support border enforcement of showing the "bitterly zealous legalism of Inspector Javert" in Victor Hugo's novel Les Miserables.Wow! Talk about rash judgment and calumny. Here's more from the Archbishop:

Today, modern day Javerts, on radio and TV talk shows, fan flames of resentment against supposed lawbreakers, equating them with terrorists intent on hurting us.

"Supposed lawbreakers?" Let's see. If someone breaks into AB Wenski's house (I'm sure he locks the doors.) are they only a supposed lawbreaker? After all, they may need the archbishop's possessions more than he does. So why is it okay for him to keep them out with his Javert-like legalism, but our country can't enforce its laws against illegal entry without being portrayed as evil and legalistic? Ask the people on the border who are most impacted by the invasion what they think -- or ask the families of those killed by the drug cartels. Oh...and those whose schools are inundated and whose local hospitals closed due to bankruptcy. The archbishop talks out of both sides of his mouth saying illegal immigration should not be tolerated and then, effectively, promotes amnesty for illegals already here. Of course, AB Wenski will never have to worry about the economic or moral impacts of illegal immigration. He lives among the top one percent on the largesse of Catholics in the pew.

What I find particularly interesting about bishops attacking those who want border security is they always reserve their vitriol for American citizens who want to halt the invasion. When do we ever see a word of criticism directed to Mexico's corrupt government and failure to protect their own people? Why should Mexicans have to flee their own country and families for a better life? Let's hear a little exhortation for the rights of people to live in freedom and security in their own homeland!
Posted by Mary Ann Kreitzer at 1:47 PM

I would like AB Wenski to tell us what happened to the idea of serving foreigners in their own country...what we used to call missions? It is cheaper to educate, feed, house and provide healthcare in a mission country than to invite foreigners to break in and get it all "free" here. If AB Wenski is contemptuous of American citizens and has a fiery passion to shepherd foreigners, I suggest he petition the Vatican to re-assign him to a foreign mission.

Any Christendom College Grad Ordained to Trenton Diocese will need to have heaven stormed to preserve his vocation from the attacks by liberals who work within.
May our Lord Jesus and Our Lady preserve him.
Keep us posted where he is assigned MaryAnn.