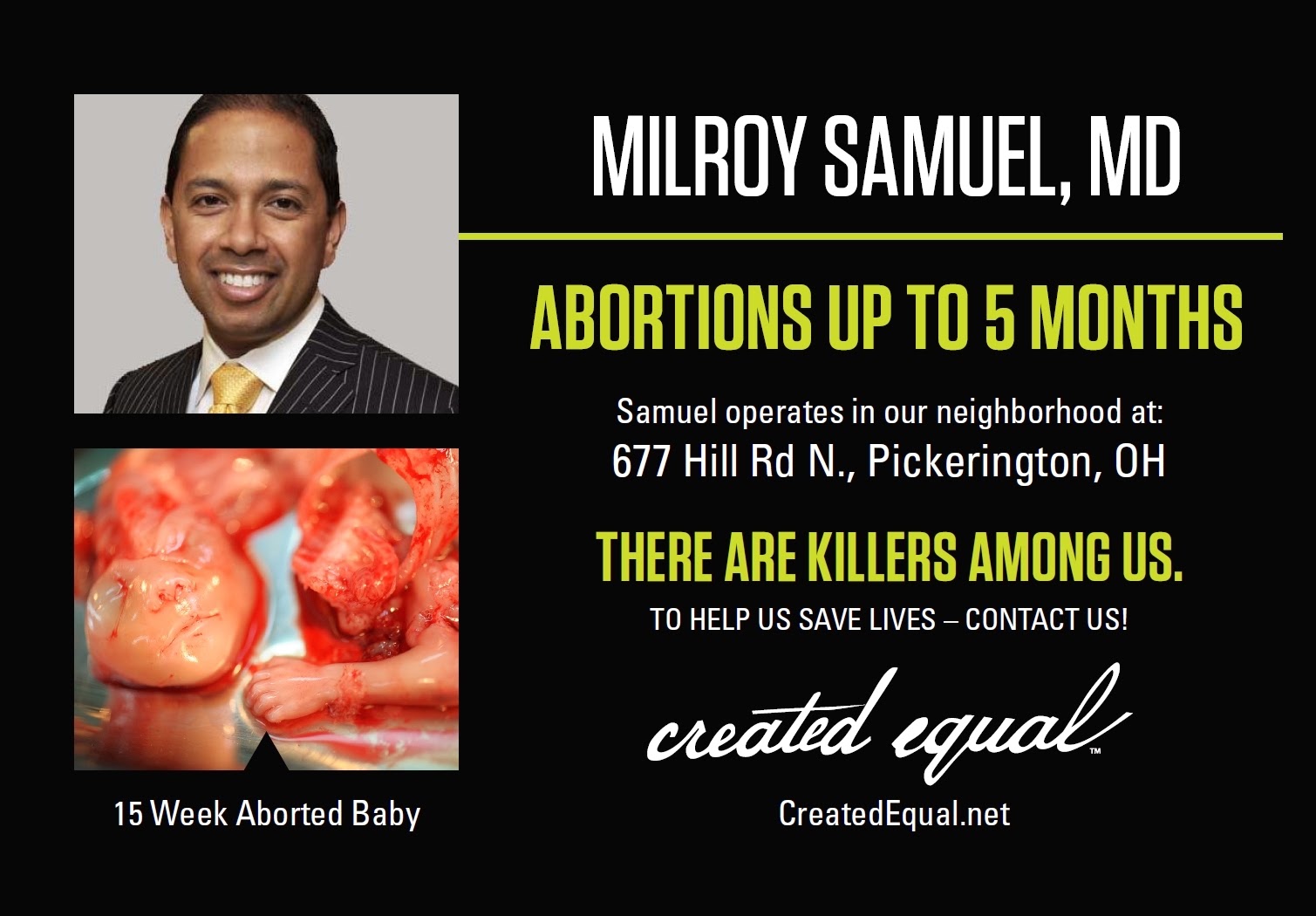 Created Equal Exposes "Privileges" Granted to Abortionist by Catholic Hospital
Columbus, OH – June 19, 2014 – Ephesians 5:11 reads, "Have nothing to do with the fruitless deeds of darkness, but rather expose them." For weeks Created Equal has been dropping postcards (see sample) in the neighborhood of the abortion clinic located at 5888 Cleveland Ave to educate the community that abortionist Milroy Samuel operates nearby. Last fall we created a firestorm in Pickerington, OH by exposing Samuel to that community using the same method. Yesterday, we took our "Killers Among Us" project to the next level.

Created Equal along with other pro-life advocates from greater Columbus held signs at the entrance of Mt. Carmel St. Ann's Hospital to draw attention to the clear violation of St. Ann's Hospital's own position to abide by generally recognized standards of medical and professional ethics. This includes, but is not limited to, the Ethical and Religious Directives for Catholic Healthcare" (Staff  Bylaws 3.95, pg 17).
Mt. Carmel St. Ann's Hospital (a Catholic hospital) gives admitting privileges and referrals to the notorious father and son killing team of Mervyn and Milroy Samuel.
Milroy Samuel is a well-known abortion provider in central Ohio.  He, together with his father, run Complete Healthcare for Women, located at 5888 Cleveland Avenue; Columbus, Ohio.
For St. Ann's hospital to bear the Catholic name while violating central tenets thereof is duplicity which must be challenged.
Call St. Ann's at 614-898-4000 to demand a severance of their relationship with the Samuels.
Stand with us on the street. There is much work to do. To get involved, contact us at 614-269-7808 or Mark@CreatedEqual.net.