Border agents are coming down with serious illnesses. 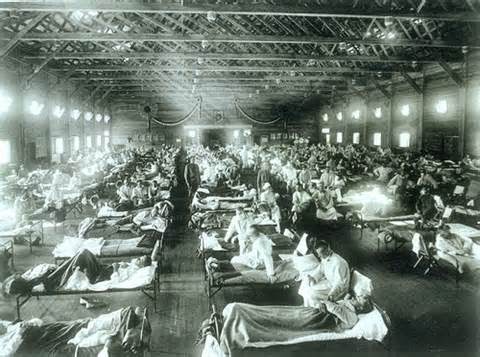 And just think, the feds are putting these illegals with serious diseases on buses and planes and shipping them to all parts of the country. Just wait until TB, swine flu, adult chicken pox, dengue, Ebola, polio, leprosy, plus other unknown but lethal diseases start popping up in our major cities. Think how fast they can spread in the schools, playgrounds, theaters, malls, and other public places in your community.

Where is the CDC in all this? Think about how they quarantine one or two cases of a serious disease. But now, not only is nothing being done to identify and quarantine folks with potentially lethal illnesses like ebola, but they are spreading the potential contact by moving people around on public transportation. Think of the border detention centers where illegals are warehoused in close quarters -- a perfect petrie dish for explosive spread of contagious diseases.

Study history. After World War I, 675,000 Americans died from the Spanish Influenza as doughboys brought the virus home. Twenty to forty million died globally, most between the ages of 20 and 40. More people died in one year than in the infamous Bubonic Plague (the Black Death) of the Middle Ages. Read about it here; it was the most devastating pandemic in world history. It killed the two little shepherd children of Fatima, Francisco and Jacinta.

The sick border agents are the canaries in the mine. Better pay attention before the explosion!