Unbelievable! When is Consensual Sex a Rape? 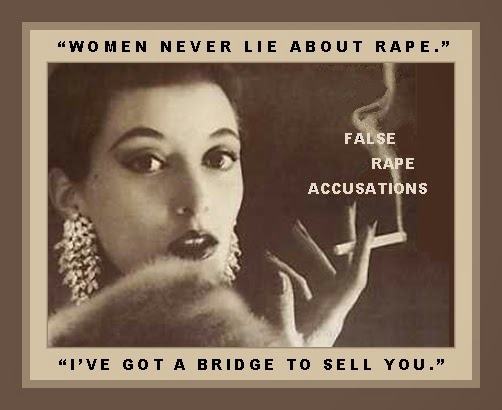 Let's see: A woman texts her friends that she's going to have sex, asks the guy if he has a condom, gets directions to his dorm, and a week later claims she was raped. Huh?

And the school expels the guy even after law enforcement finds no evidence to back up the accusation.

But hey, the coed got advice from one of the professors as reported by World Net Daily:


The accuser cited advice from Professor Danielle Dirks, who was reported to have said Doe “fit the profile of other rapists on campus in that he had a high GPA in high school, was his class valedictorian, was on [a sports] team, and was ‘from a good family.’”

Gotta watch out for those smart, high-achieving guys from good families. (Sounds like my sons actually. Somehow, I never thought of them as rapists.)

So what is the outcome for the girl in this scenario who certainly looks like, at the very least, an equal-opportunity aggressor? Apparently nothing. But this fits the "all guys are rapists and all sex is rape" meme so popular with the radical feminists. Maybe the lesson here for every young man is, "keep your pants zipped." If you acted like a godly man, you would tell the young seductress you were flattered she found you attractive, but you're saving yourself for the woman you'll marry. Now wouldn't that be counter-cultural not to mention morally upright, gentlemanly, and showing integrity!