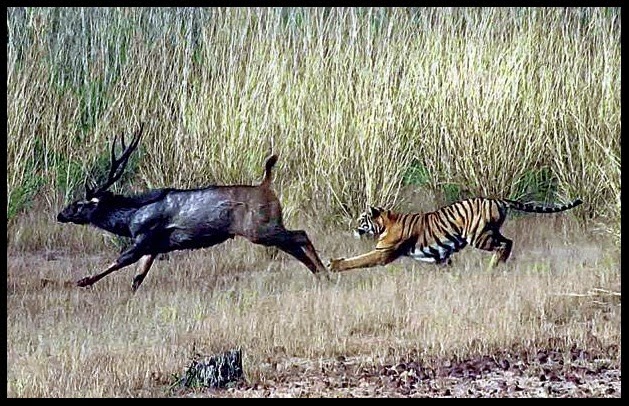 We are living in a time of chaos. Consider how much of this is due to the collapse of the Judeo-Christian ethic which elevated all men to the "little less than the angels." From Catholic Culture's article, Godless Morality: Why Judeo-Christian Morality is Necessary for Human Rights:

The social and political consequences of this lofty vision of human beings' place in the cosmic scheme of things were dramatic. The shabby treatment afforded the poor, the crippled and diseased, and the otherwise powerless in pre-Christian pagan societies was no longer considered morally tolerable. The Roman practices of gladiatorial combat, infanticide, and infant abandonment were abolished, as was abortion. The sexual act was no longer to be treated as a means by which a man might exert his dominance over women and other men (and, now and then, perhaps pro-create, too), but was elevated to the status of a physical manifestation of a marital love mirroring that of Christ for His Church. Fornication and adultery were prohibited for men no less than for women, and divorce and polygamy were condemned as incompatible with respect for the dignity of marriage....

Spanish theorists like Francisco de Vitoria and Bartolome de Las Casas argued that the American Indians, though unbelievers, could not justly be deprived of their life, liberty, or property: As fellow human beings, they were no less subject to the natural law than were Christians, and thus they possessed the same natural rights as Christians....

If every human being is owned by God, though, then anyone who harms another's life, liberty, or property thereby damages what belongs to God. To avoid the violation of God's property rights, it follows that we are obliged not to harm any other human being in these ways; this entails treating them as having natural rights to their lives, liberty, and property. Relative to God, every human being is a servant who must account for his actions to a divine Master, and thus has no right to himself; but relative to every other human being, he is a self-owner who cannot be used as a means to others' ends.  (Read more here....)

But the Judeo-Christian ethic no longer rules man's behavior. I'd say America now is more accurately described as living by the law of the jungle where the strong prey on the weak. They kill for leather jackets, play violent "games" for fun, and murder random people as gang initiations. And gun control won't solve the problem; only soul control. When was the last time you went to confession?

Pray for these Phoenix priests, especially for the repose of the soul of Fr. Kenneth Walker and his grieving family and parish. And pray especially for the brutes who killed one man and viciously assaulted another for stuff that rots and rusts. May these murderers be brought to conversion through the intercession of their victim. It's happened before. Fr. Kenneth Walker and St. Maria Goretti, pray for them.
Posted by Mary Ann Kreitzer at 2:34 PM