Do We Really Have a Two-Party System in this Country? 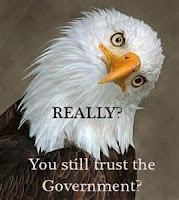 I've been listening to some tapes from a conference held by the Rockford Institute and was particularly interested in one speaker who said we really don't have two political parties. We have only one and its name is "the establishment." The main policy of the establishment party is to keep itself in power. Whatever it takes to do that is the guiding principle of the "establishment." Stay in office and leave office after a long, enjoyable career very, very rich.

That's why so many politicians who go to Washington on a reform platform immediately reverse themselves. The establishment makes it crystal clear that they will be shunned and never belong to the club if they dare to buck the establishment. As the speaker said, once the politician is elected, the voters who wanted reform disappear until the next election.
But the lobbyists and big donors are on the politician's doorstep wanting a return on their investments. Look at Hillary and her $300,000 stipends for speaking engagements. Does anyone really think she's getting that with no strings attached? But somehow she and Bill can get massive bribes without ever landing in hot water. Come to think of it, the same treatment keeps the money flowing to the crooks at Planned Parenthood with hardly a chirp from the establishment members of both parties.

Not only that, but the establishment makes it clear they will freeze out anyone who dares to buck them. Makes sense doesn't it and explains why the Republicans despite being in the majority always seem to buckle. No big waves in the establishment pond especially with a powerful media inluencing the debate.

In a perhaps tongue-in-cheek proposition the speaker said the solution was publicly-funded elections where the challengers get more money than the incumbents to offset the incumbent advantage. But, of course, that would have to be passed by the establishment incumbents who would never do it.

Since the establishment sets the rules and they all want the rules to favor themselves, reform seems very unlikely. But the reality is that the entire house of cards is getting ready to collapse. That's when things will get really interesting. Unfortunately, it is likely to be a rocky ride. So let's put on the armor of God and pray for an extra helping of faith and hope and a double dose of charity. We'll need it! In the meantime, continue to participate in the system, but put your trust in God.

As the Rockford Institute says, there are no legislative solutions to cultural problems and what ails us is the collapse of our cultural institutions. One of the most important thing any of us can do is to work to strengthen the moral values of our own families. No matter what progressives tell us, the traditional family is the basic building block of our society. When you work to strengthen the family and its relationship to God, you are building up the society.
Posted by Mary Ann Kreitzer at 9:52 PM

Glad to see you are finally catching on.

So if there is just one party, Catholics need to get together to offer a real alternative party. I nominate Alan Keyes, among many other things author of the insightful "Masters of the Dream", so expository of the corruption at America's inception, to lead it.

I agree - it all came together for me this year with the GOP debates.

Having known the very Catholic wife of an alleged "Pro Life" Republican Senator who knew Keyes quite well, he would be the last of the liars I would vote for.

It's very simple really. People don't want Christ the King.
He's been thoroughly rejected now as he was on Good Friday.

We must always be ready for what ever the Lord has intended for us. Prayer and penance.
God, Family and Country in exactly that order. Live a sacramental life and be an authentic Catholic witness in your home and job.

The elections are immaterial now and have been for some time.

Exactly newguy! It's very discouraging having to go and vote, because obviously, they are leading us to believe that 'we' are actually electing our government officials which is at the very least questionable. The 'establishment' chooses, and besides that it is 'immaterial' because (as I have said before) we have one Party with 'two heads'.