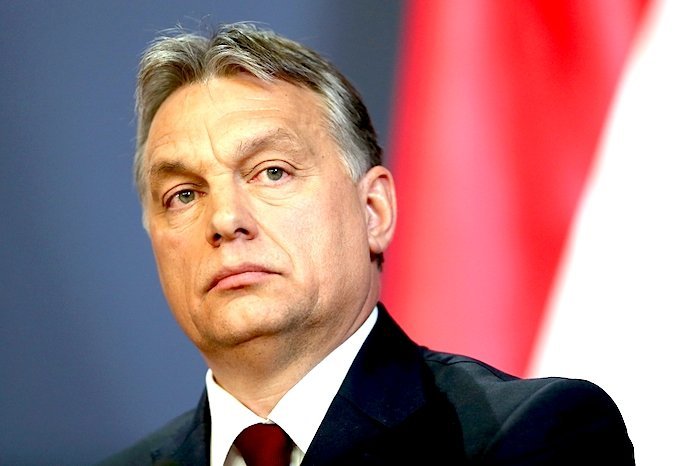 Viktor Orban, prime minister of Hungary, is a bogieman of the left. Liberals hate him almost as much as they hate Donald Trump because he is about the only European leader fighting the invasion of illegals intent on, not only a better life, but the destruction of Western culture. There are all kinds of anti-Orban articles on the net excoriating him as "far right" for failing to follow the examples of EU countries waving the, often violent, invaders across their borders and farther west. (Just keep on going, keep on going!) He, on the other hand, makes it clear that "to defend borders is a national responsibility." Wow! The rare voice of truth!


As Trump has often said, "a country without borders is not a country at all" and many of our citizens these days are finding that out as their communities become unrecognizable enclaves with separate languages, mosques blowing daily calls to prayer, demanding restaurants accommodate their dietary choices and schools provide foot baths and prayer rooms, etc.

A country and culture cannot absorb unlimited numbers of people, especially those who hate the country they are entering as they carry the banners of their own. Many, perhaps most illegals, are coming to do what strip miners do -- take everything they can, send it "home," and leave devastation in their wake. And then there is the growing threat of "no-go zones."

It's easy for the bishops to hop on the invaders' bandwagon and preach to the faithful to "welcome the stranger" even when he is breaking down the door and stealing the bread off the table meant for our children. The bishops experience little impact from the illegal invasion. Many live in their mansions behind locked doors with their plasma TVs and climate-controlled wine refrigerators. Money is no object. They have their diocesan taxes, Lenten appeals, capitol campaigns not to mention the millions in federal and state funds through their tainted "charities."

I take their chastisement for being a xenophobe and a racist with a grain of salt if not a laugh of derision. These are the men declaring bankruptcy in their dioceses because they spent millions in settlements for enabling and covering up sex abuse. Meanwhile they discipline and punish good priests who don't bow and kiss their feet. Many of them should have the decency to resign for malfeasance/and or incompetence!

Do I sound angry? I am! My children and grandchildren have to live in this mess! And, of course, they can, despite everything, if they stay close to the Lord and seek His will. But they should be able to look to the Church as a rock and a fortress instead of a politically correct agent for social change that treats prudential issues like dogma and dogma like pick what pleases.

My ancestors were immigrants, but they came to this country legally with the intention of becoming Americans and assimilating into the culture. That's not what we are seeing with the illegal invaders today among whom are drug gangs, human traffickers, and criminals. Check the statistics from Texas alone in the last seven years: the numbers of murders, assaults, sex crimes, robberies, burglaries, etc. It isn't the bishops who pay the price in murdered and assaulted family members, drug addiction, higher taxes, reduced health care, reintroduction of deadly diseases, educational collapse, etc.

Frankly, I'm not interested in being a citizen of the world unless it's a world under the rule of Christ the King. And that is not going to come about by welcoming an invasion of lawbreakers and people from widely "diverse" religion and cultures. Diversity is NOT our strength and, in fact, history shows many civilizations that collapsed as a result. Rome comes to mind which went from a strong moral republic whose gods were those of hearth and home to a depraved empire with the Caesars as gods indulging in rampant lust (including homosexual depravity) and murder. They had to depend on hired mercenaries and soldiers from the "barbarian" nations to fill the Roman legion. That diversity ended in collapse.

So I'm cheering for Viktor Orban and pray that Trump stands strong. BUILD THE WALL.