Grief has a way of taking over your life: impacting your thoughts, your decisions, the way you feel when you get up in the morning, the way you organize your day. Sometimes I can't think. And so I do some mindless task: dusting, cleaning the bathroom, sweeping the front porch. But I can't help, in the midst of these mindless chores, thinking about and remembering past losses and griefs.

Life is full of them: deaths, illnesses, broken relationships, personal failures, lost friendships. The list of loss accompanied by grief goes on and on.

I've been thinking today about lost friendships in my life and the grief that accompanied them.

Years ago I had a close friend whom I loved dearly. She came from an alcoholic family which affected the way she related to people. Once after a disagreement (Even close friends aren't clones of each other -- they do disagree.), she told me I was the only person she ever kept as a friend after a "disagreement." Several years later, following a second disagreement, she cut me off. Apparently, our friendship couldn't survive a second "strike." I was out!

I remember vividly the day the realization struck me that our friendship was over and she wanted nothing to do with me. I stopped at her house to drop something off and sat at the breakfast bar. Her husband spoke to me. Her children spoke to me. To her, as she puttered around filling the dishwasher, I was invisible and I felt it. She didn't say one word to me. I came home knowing the relationship was over. I decided that day I would not pursue her; I hoped she would reach out to me. She never did.

I cried and grieved for six months.

No relationship problem is ever one-sided and when another friend said, "I know you won't take this wrong, but look to your own sin in the matter," I did. And, of course, I could think of thoughtless words and deeds that helped to kill the relationship. But I would gladly have worked things out if she were willing. She wasn't. Running away was how she dealt with difficult things, and I became one more abandoned relationship.

A few years later I ran into her and her family at a church we didn't normally attend. She said hello with a big smile. I got the impression she was glad to see me and would have welcomed renewing our friendship, but I responded with a hello, a smile, and walked away. I had moved on without her friendship and the thought of making myself vulnerable again was too painful. Lost trust is hard to reclaim. Today our paths rarely cross and when they do, we're friendly, but we'll never have the intimate friendship we once had.

Sometimes I wonder what would have happened if I had responded warmly and welcomed her back into my life. I didn't. Today, I can pray for her without pain and without grief, and I can't say I regret not hopping back on that emotional roller coaster. Maybe it would have been okay. We were both older and, hopefully, wiser. On the other hand, sometimes, for your own mental health, you have to get off the ride before it makes you sick. 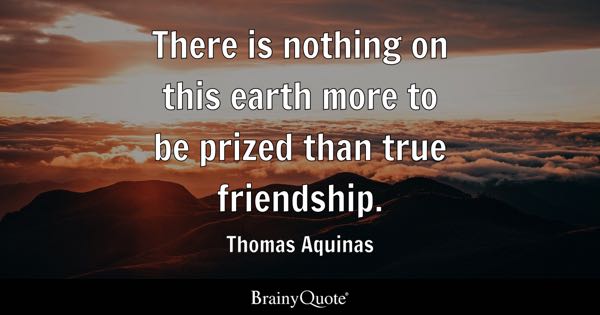 I had another close friend who went through a nasty marital breakup. For months I listened to her mourn over her husband's behavior. All our calls were long distance and I spent hundreds of dollars on phone bills (in the days before cell phones were common) listening and commiserating while I prayed never to say anything that made the situation worse. Several times when I was going through a difficult time, I tried to share my pain and she immediately cut me off and ended the conversation or turned it back to her own troubles. When it happened again and again, I realized the "friendship" was one-sided. There was no room in her life for my concerns, only her own. We remained friendly, but I had to reduce the investment for my own mental health. I no longer attempted to confide anything in her and I limited the time I was willing to give. Sometimes recognizing reality, accepting it, and backing off is the best thing to do.

Relationships are hard. The cost of some is so high in terms of physical and emotional stress that the best thing to do is to pull back and pray. No one is obliged to be someone's door mat or punching bag. And sometimes the best thing one can do is to enter into silence and ponder in her heart like the Blessed Mother. That doesn't mean abandoning relationships, you certainly can't do that if it's a family member. But it may mean changing your own responses. No one can change another person; only himself. Knowing what you need to change is part of the daily examination of conscience: laying all that you are before the Lord and asking Him to reveal your sins and faults. It's an exercise in humility. The sacrament of confession offers a window to your soul and knowing yourself is crucial to the spiritual life.

A person is blessed if he has a handful of friends in his life, friends of the heart. Where I have found those is mostly in the pro-life movement. There is something about that shared love for God's precious infants that forges a deep and lasting bond. I thank God for the handful of friends who are true spiritual sisters, faithful friends of the heart. They make me think of the Book of Sirach and it's definition of friendship:

Lord, help me to be that faithful friend and help me to appreciate the treasured friends you have placed in my life. And, Lord, remind me to tell them so!


And a song from one of my favorite "philosophers":

I too have lost friends and it is painful. I lost one after knowing her for over 20 years. We raised kids in the same school and neighborhood. I decided one day to tell her I thought she should convert to Catholocism. To my complete shock she flew into a tirade about how awful she believed the Church was.

I know many are misinformed and do not like the Church because they have convinced themselves of things that are not true, so I tried my best to tell her the truth. Nothing budged her. We went on for several weeks with this discussion until it was clear to me she not only hated the Catholic Church, she had little respect for Catholics, including me, who are "dumb enough" to believe such a doctrine. I felt our whole friendship had been a farce because she had hid these feelings the whole time. I could accept her wishing to remain a Protestant, but somehow I knew I could not remain friends with a person who held such a hateful attitude toward the Church.

A couple of other times I have let go of friendships when it became painfully clear they were takers and users. As much as I had liked their company, I knew they did not meet the true definition of a friend.

It always seems when you lose a friend the void will not go away, but to my surprise after a while a new one walks into my life and I believe now maybe I just needed to make room for that to happen.

I am so honored, for instance, to have found Mary Ann Kreitzer, one of the most fascinating women I have ever known. I wake up everyday tickled pink to call her my friend.

Thanks, Chriss, this made me cry. I feel the same way and enjoyed our two days at the bishops' meeting very much. May God bless our friendship abundantly. I feel blessed to know you as well.