And Then They Came for the Children

The letter below is from DC Whispers. 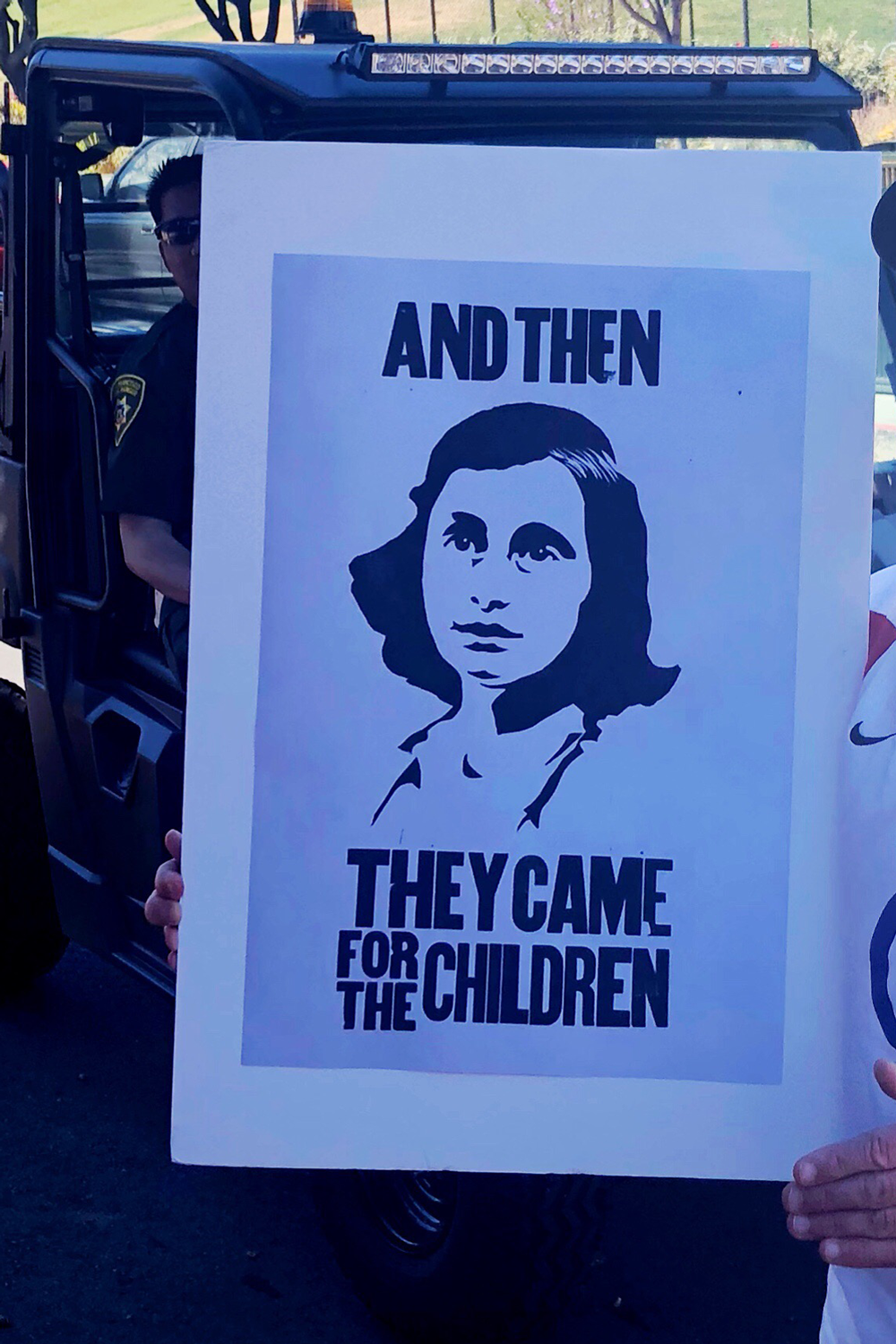 Hello everyone. My name is … well my name isn’t important. What I’ve decided is.

I admit it. I was a Democrat. I voted for Barack Obama. Twice. I hated Trump. And voted libertarian in 2016. But over the last year or so, as I’ve watched the nation completely lose its way and with it all sense of decorum, civility, and compromise, I’ve witnessed a president who refuses to give up on campaign promises.

This is a man who will not be cowed and pushed. He will not give in when an issue is important. He truly is an outsider and will not succumb and be absorbed by the political establishment. His republican colleagues did all they could to hinder his election. They hated him and feared him. Now they fall in line like the good little spineless politicians they are. Trump doesn’t hate them because the opposite of love isn’t hate – it’s indifference. And that’s how Trump is to those who don’t matter (and there are a bunch of people who do not matter – no real unique and special snowflakes exist). These establishment types are simply soldiers to the president. And soldiers are nothing but a great leader’s tool.

The other side doesn’t want equality. They want totality. I saw signs of this in the 90s but I fell in line like a good little Democrat.

When they came for the family life, I didn’t say anything because I did not realize the severity of what would happen to the next generations.

When they came for free speech, I didn’t say anything because I was too busy rolling my eyes at the notion of Barry being anything but a good guy who plays basketball and loves his kids.

When they came for everyone’s backbone and replaced it with trigger warnings and safe spaces (phrases I shudder to know have now forever entered our lexicon) I didn’t say anything because I was fooled into believing these were isolated incidents and there was no way the silliness could spread so far, wide and deeply ingrained into the soul of so many.

But then one day, not all of the sudden because the eyes were slowly being opened to the ways of the modern left without me even knowing, I finally asked myself “do you see?”

Do you see what they think of men with their #metoo and seething calls of “toxic masculinity” with their witch hunts and razor commercials?

Do you see what they think of capitalism and their hatred for the hundreds of thousands who fought and died to make America the light of hope for millions around the world?

Do you see what they they think of self-reliance and ingenuity as they serves as pimps and drug dealers to over half the population? Getting them hooked and dependent on the government and unable – unwilling – to care for themselves.

Do you see what they think of the symbols that used to define us and unite us? They celebrate kneeling during our songs, burning our flag, and tearing down the reminders of our history – both for good and for ill – as did the Nazis before them and the Huns of old.

Do you see how they make the people hate the very ideals of the nation that gave them the power to do all these things?

Do you see how they divide the races and try to make us even more at odds with one another than we were during those sad days during the Civil Rights Movement despite all of the roadblocks that have been torn down? They tell the ones who are dependent on them that White people are all evil, that white men are satan. They make an strawman enemy to last a lifetime.


Do you see what they think of the constitution and the bill of rights? They love all of them. Except the second. And now the first. Say what you think, they tell you. But whisper, “so long as it is the same as us.”

And when they finally came for an innocent kid from Kentucky, one who was likely on the trip of a lifetime from his small town and now could have a lifetime of ridicule over “fake news”, I decided I was not going to stay silent any longer. I was going to say something.

What they are doing to that young man is wrong. It’s depraved. The creators, purveyors, and perpetrators do not just deserve punishment in this life but also in the next. Too harsh? No. For they are so blinded by hate they cannot see what they have done to this nation.

Truly we have become Rome. We are crumbling. We are dying. Can we rebuild? Can we overcome the forces of muck and grime and swamp that have slowly and quietly eaten away at our foundations? For decades these vile beings came quietly on the backs of calls of “change”. That change came alright but once the Pandora’s box was open all kinds of perversions spewed forth. The dam broke. The nation was flooded.

Can we rebuild? Can we resow?

I do not know. But I am silent no longer. Not when they came for that boy from Kentucky. And not when they come for anyone else going forward.

Congratulations to the modern left. You lost another one. I imagine there will be many, many more 18 months from now.

Edited: thank you all so much for the kind words. I just needed to get my thoughts out there for myself. While I have gotten tons of support, I’ve also gotten a bunch of horrible personal messages. I just don’t understand the hate.

Posted by Susan Matthiesen at 12:18 PM

People choose political parties often with no more thought than choosing a bouquet of flowers. They pick the one that looks good at the time. Advertising, propaganda, and gimmicks are powerful tools to influence our choices.

But the most powerful weapon used by the left is the lie that tells you unless you vote for us, you are not a "good" person. Once you ever allow their standards to define your life you may never be able to walkaway from them.

Today, sadly, even the churches have been sucked in by the lie and social justice "ministry" has taken over like kudzu has enveloped the south.

Great report.
Just sent this to Laura Ingraham of Fox News...... Hope That is Okay? Perhaps I should have sought your permission first?